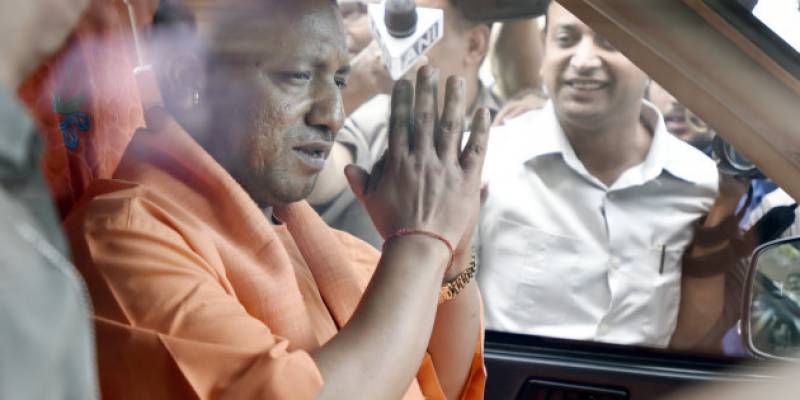 NEW DELHI – A 22-year old Muslim, Rahat Khan, has been arrested for a Facebook posting against Uttar Pradesh’s chief minister Yogi Adityanath in Greater Noida area, it has been learnt.

According to the details, a complaint was lodged by the supporters of Yodi Adityanath against Khan for posting an ‘objectionable’ image of Yogi on Facebook.

However, Rahat Khan’s mother stated that his son was innocent. She further said, “our family is involved in several social service activities. We have even won applauds from Prime Minister Narendra Modi himself for raising the issue of triple talaq.”

She blamed land mafia for framing his son.

The 44-year-old Adityanath, known as a ‘firebrand Hindu leader’, is the head priest of Gorakhpur’s influential Gorakhnath shrine.

Since his election, India’s status as a secular state has been questioned. Earlier on Wednesday, three meat shops were torched by ‘unidentified’ persons in India’s state of Uttar Pradesh.