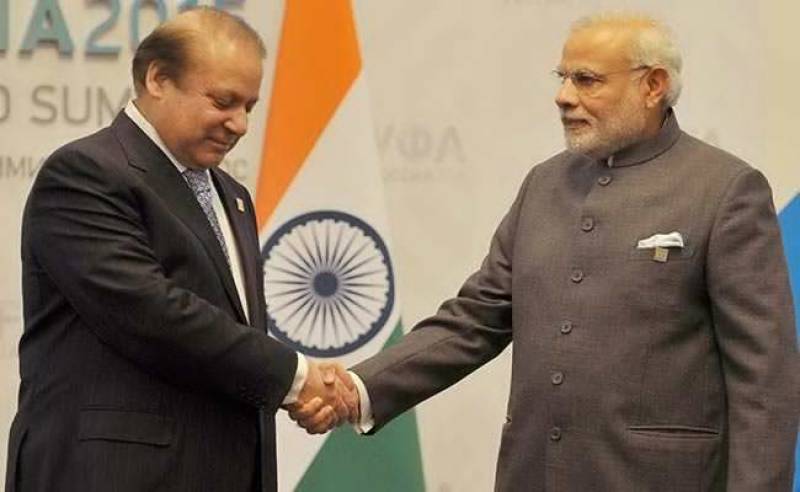 New Delhi - Indian PM Narendra Modi on Thursday greeted his Pakistani counterpart Nawaz Sharif on Pakistan’s National Day and said Delhi wants to have good neighbourly relations with it in an “environment free from terror and violence”, a development that comes amid continued strain in ties between the two countries, reported Indian media. Modi wrote a letter to Sharif to wish him on the Pakistan Day. In the letter, Modi said India wants to have good relations with all its neighbours, including Pakistan.

President Pranab Mukherjee also sent a message to his Pakistani counterpart Mamnoon Hussain, saying India is committed to building ties with Pakistan in an environment free from terror and violence.

Meanwhile, Officers and jawans of the Indian and Pakistani armies also exchanged greetings and sweets on the occasion of Pakistan’s Resolution Day at the Poonch-Rawalakot crossing point and Mendhar Hot Spring Crossing Point in Jammu and Kashmir.