How Pakistan day was celebrated in Indian Occupied Kashmir
24 Mar, 2017 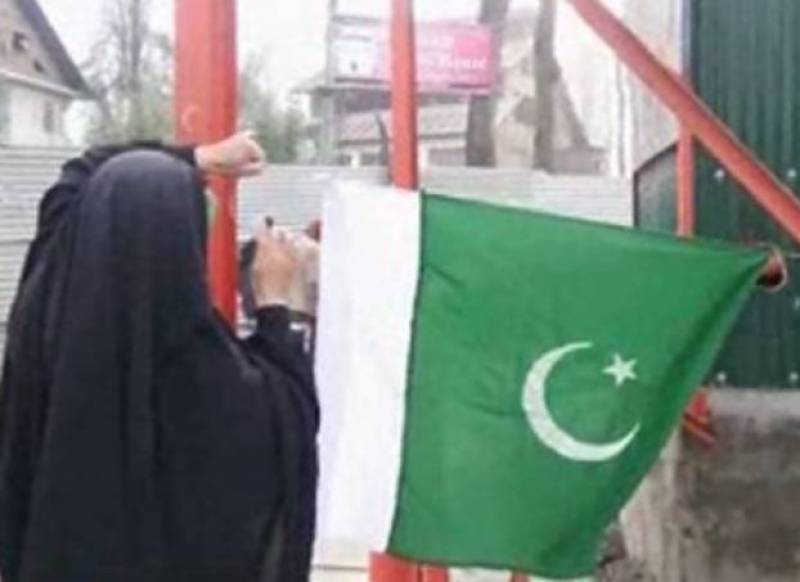 ISLAMABAD: Pakistan on Friday stated that Pakistan Day was celebrated in Indian-occupied Kashmir and Azad Kashmir and the Kashmiris have given a clear verdict who they want to be with.

A press release by Pakistan Foreign Office stated that Pakistan Day was celebrated across the length and breadth of Indian Occupied Kashmir and Azad Kashmir. It stated that Pakistani flags were fluttering and the entire Jammu & Kashmir region was echoing with Pakistan’s National Anthem, which was a clear verdict by the Kashmiris who they want to be with.

“This happens every year and every day. Kashmiris have their eyes on the UN, its members and Security Council demanding implementation of UNSC Resolutions,” FO stated.

“All Parties Hurriyet Conference (APHC) leader, Masarrat Aalam Butt, immediately after his release from Baramulla district jail, was re-arrested. He has been under continued illegal detention since 2010, barring forty days during 2015. Over 161 youth in Srinagar, Pulwama, Shopian, and Bandipore districts have been arrested in last one week,” FO stated.

The Foreign Office stated that the entire country and Pakistanis abroad celebrated Pakistan Day with zeal and fervor.

Foreign Office added, “We were joined by our friends from across the world on this joyous occasion. I extend my heartiest felicitations to you all and pray that Allah Almighty bestow us with His choicest blessings.”

“I would also like to congratulate the organizers of the Pakistan Day Parade for an excellent presentation,” FO mentioned.