How international media reacted over the presence of Chinese troops at Pakistan Day Parade
24 Mar, 2017 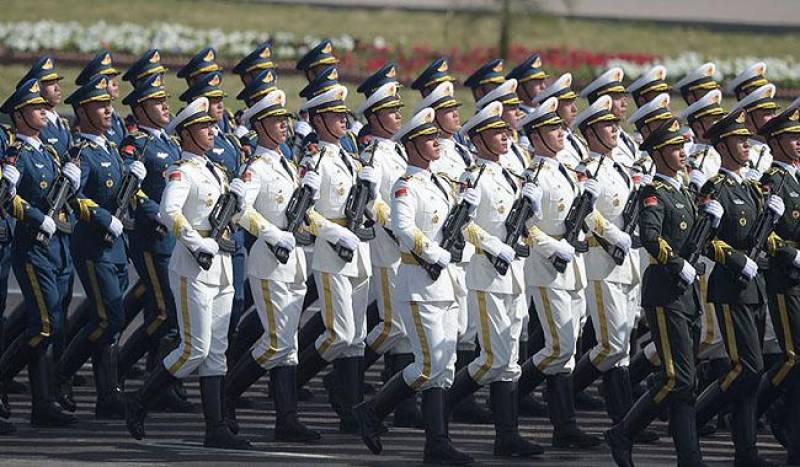 ISLAMABAD: Chinese troops’ participation in Pakistan Day parade was to show the strong nature of ties between the two countries and to send ‘powerful signal’ to the powers that be, major news outlets have concluded.

Along with China, Saudi and Turkish troops also participated in the national event on Thursday.

The global media reported the event with great interest, with Rueters terming it ‘a sign of deepening ties’ and the UK’s Financial Times analyzing it as ‘deepening military co-operation’ between China and Pakistan.

The news story released by the Reuters has been published in various Indian media outlets as well.

Addressing the gathering at Pakistan Day parade here at the Shakarparian Parade Ground, President Mamnoon had said it is unprecedented in the history of Chinese military to join such parade in a foreign country.

The FT quoted military experts and diplomats as saying that it showed how keen China is to deepen its military cooperation with Pakistan.

Both (China and Pakistan) wanted to send a powerful signal [with] troops marching side by side," one diplomat told the FT.

President Xi Jinping in 2015 launched a multi-bilion dollar China-Pakistan Econoic Corridor (CPEC) project as part of its ‘One Belt One Road’ initiative, which has been a cause of anxiety among anti-Pakistan elements.

An official of Foreign Office said, China's massive investment commitment has also strengthened their commitment to our stability, China now has a much bigger stake in Pakistan’s security.

Commenting on the importance, Lijian Zhao, Deputy Chief of Mission Chinese Embassy said it added a new chapter to our friendship.