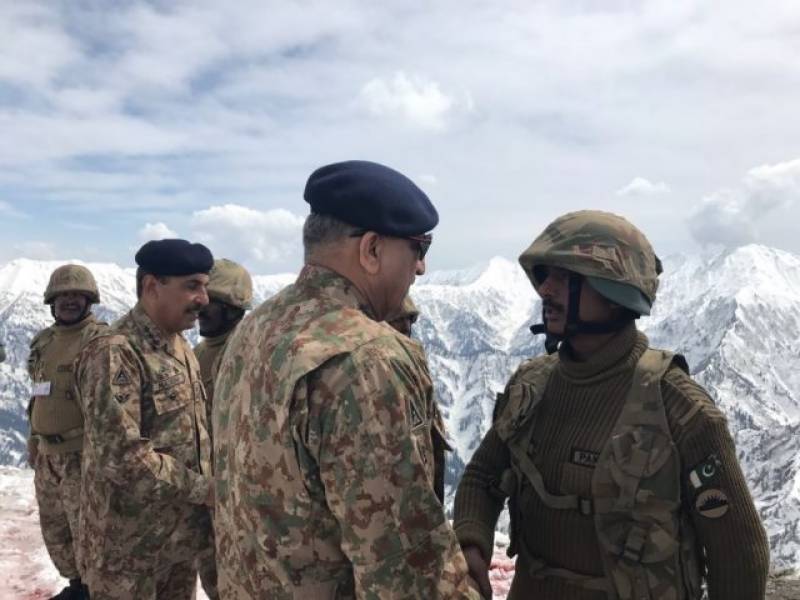 The COAS was also apprised regarding Army’s support to ongoing Housing and Population Census.
The army chief appreciated state of operational preparedness and response to CFVs.

He said that Indian propaganda regarding presence of miscreants along LOC is aimed at spreading unrest in Azad Jammu & Kashmir (AJ&K), which will never succeed.
“People of AJ&K are fully aware of Indian atrocities in Indian Held Kashmir (IHK) and Indian agendas,” he said.
He said that Pakistan Army shall continue to ensure protection and security of people along LOC.

He also directed to ensure progress and development works in the area in coordination with AJ&K government.
Earlier, on arrival, COAS was received by Commander Rawalpindi Corps Lieutenant General Nadeem Raza.