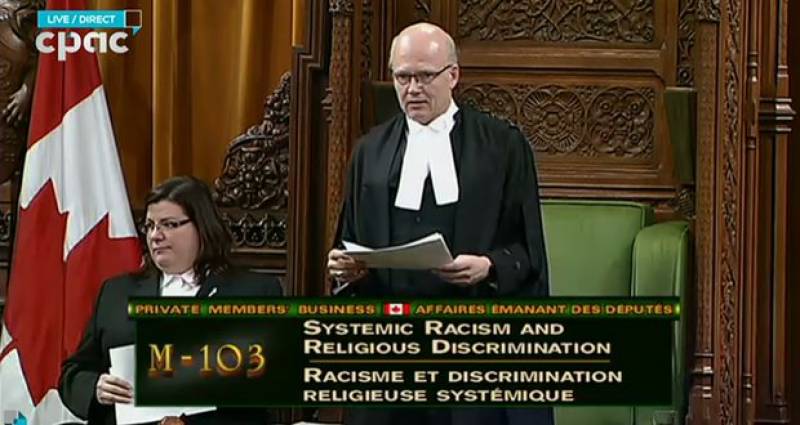 Though the motion had support of Liberals and New Democrats, two political parties in Canada, however majority of Conservatives opposed it.

The bill was tabled by a Muslim Member of Parliament (MP) Iqra Khalid, urging federal government to condemn Islamophobia and to develop a government approach to counter systemic racism and religious discrimination including Islamophobia.

The move towards curbing racial and religious attacks was taken in wake of the January attack on Quebec mosque that claimed lives of six Muslims.

In recent months, several mosques and synagogues have been vandalised, mounting pressure on Liberal government to denounce all forms of religious discrimination.

The adopted bill urges “Government to recognise the need to quell the increasing public climate of hate and fear.”

However, the term “Islamophobia” is nowhere defined in the motion.