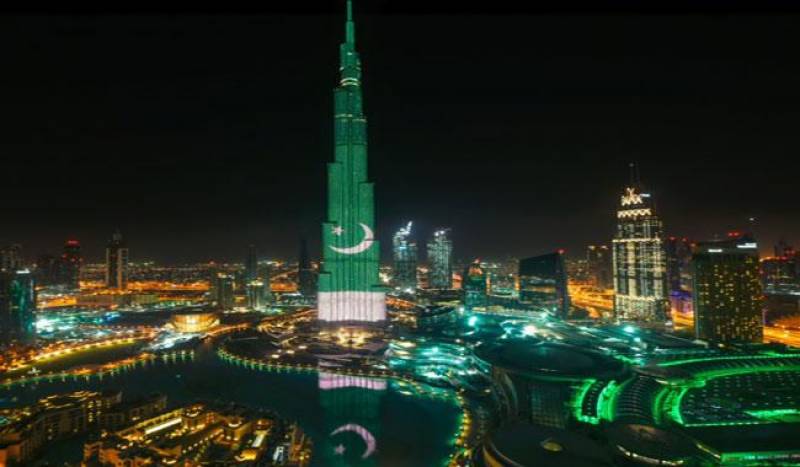 In this regard, a spectacular LED illumination of Pakistan National flag on Burj Al Khalifa mesmerized people when they gathered there to watch it in the night.

The show began at 7-15 pm when the Burj Khalifa just went green and lit up in Pakistani flag. It grabbed a lot of audience with sizable community of Pakistanis living in Dubai.

Known for its spectacular fireworks and illumination, the Burj Khalifa is world’s tallest skyscraper in the world.