American warships harassed by US Navy in Strait of Hormuz: US Navy Commander
24 Mar, 2017 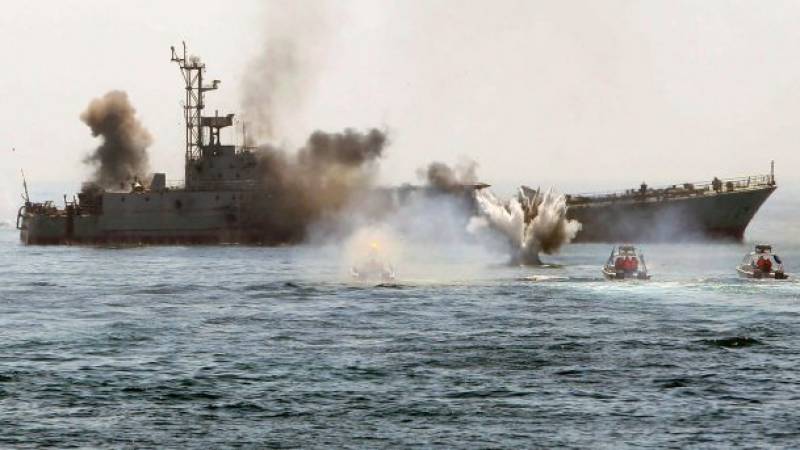 American warships were "harassed" by Iranian forces in the Strait of Hormuz, according to US Navy commanders, who said the Iranians had their weapons uncovered, manned, and armed. It comes amid already tense relations between Tehran and Washington.

The incident occurred on Tuesday as a US-led, five-vessel flotilla, which included the aircraft carrier ‘USS George H.W. Bush’, passed through the waters on its way to the Arabian Gulf.

According to the commanders, the flotilla was approached by two sets of Iranian Navy fast-attack boats, some of which came as close as 870 meters (950 yards) from the aircraft carrier.

"What I don't like about that is they (Iranian boats) were in the middle of international transit waters (while) we had a right to be there as we were exercising freedom of navigation on our way into the Arabian Gulf," Rear Admiral Kenneth Whitesell, commander of the Carrier Strike Group 2, told journalists aboard the aircraft carrier, as quoted by Reuters.

"They also had weapons uncovered as some of the cameras were able to tell. They had some of the weapons manned. We also have aerial data that they were arming all of these weapons."

Whitehall said Iran claimed the US-led flotilla – which also included a Danish frigate and a French destroyer – had breached its international territorial waters. The commander denied that assertion.

Responding to the Iranian Navy, US forces deployed helicopter gunships from the ‘USS George H.W. Bush’ to hover over the speedboats. One of the helicopters was threatened by Iran, according to Captain Will Pennington, the commanding officer of the ‘George H.W. Bush’, adding that it was “certainly unprofessional behavior.”

The incident ended without a shot being fired, and the vessels continued on their way to the northern part of the Gulf to participate in US-led airstrikes against Islamic State (IS, formerly ISIS/ISIL) in Iraq and Syria. According to Pennington, the behavior of Iran's navy has become “more aggressive and less predictable,” essentially presenting “a risk to the merchant traffic that's around us [US Navy].”