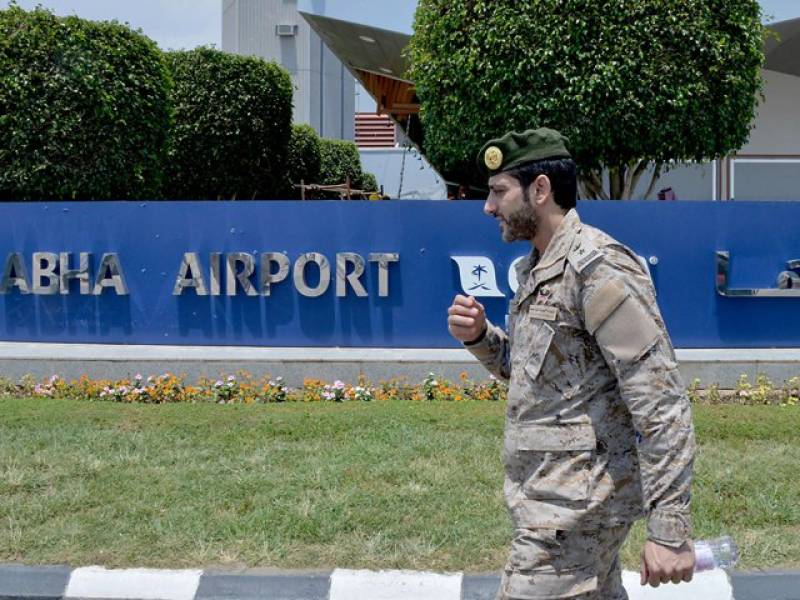 Pakistan has strongly condemned yet another attack by Yemeni rebels on a civilian airport in southern Saudi Arabia, resulting in one death and injuries to 21 others on Sunday night.

“Pakistan reiterates its full support and solidarity with the brotherly Kingdom of Saudi Arabia against any threat to its security and territorial integrity,” read a statement issued by the Foreign Office on Monday.

The strike was carried out by Yemeni rebels, a Riyadh-led coalition said, in a new escalation following a series of strikes on the site.

The attack on Abha airport, which the coalition said left a McDonalds outlet at the site littered with shattered glass and damaged 18 vehicles, comes amid spiralling regional tensions with Iran.

“A terrorist attack by the Iran-backed Huthi militia on Abha airport… killed a Syrian resident and wounded 21 civilians,” the coalition said in a statement carried by the official Saudi Press Agency.

The wounded — from Saudi Arabia, Egypt, India and Bangladesh — also included three women and two children who had been taken to hospital for treatment, the coalition said.