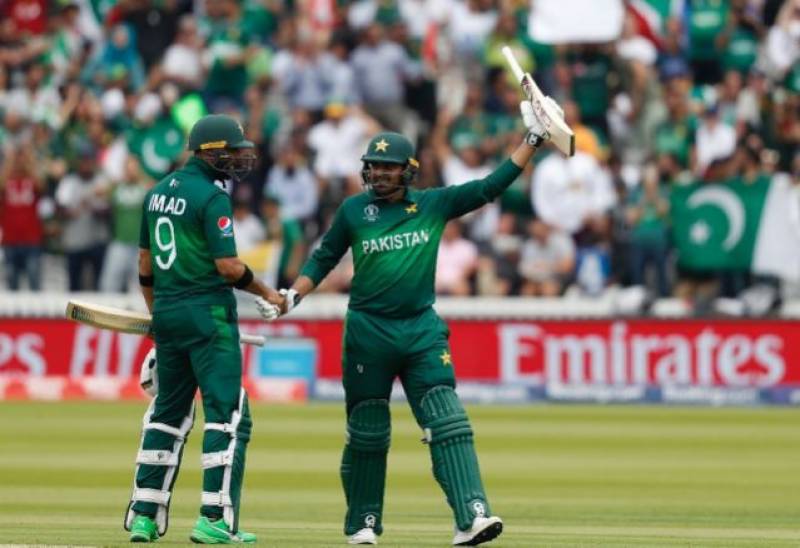 Pakistan revived their chances of reaching the last four of the World Cup by beating South Africa by 49 runs.

Sohail smashed nine fours and three sixes during his knock of 89 in 59 balls, putting on 81 for the fourth wicket with Babar Azam (69) and 71 for the fifth wicket with Imad Wasim (23).

The defeat for the Proteas means they can no longer reach the World Cup semi-finals.

"Haris was hungry to play in this game," said Sarfaraz of the left-hander, who was dropped after scoring just eight in Pakistan's opening defeat against the West Indies.

"He's the main factor, the turning point, the way he batted in the last 15 overs, it was like Buttler."

Pakistan brought in Sohail and fast bowler Shaheen Shah Afridi in place of Shoaib Malik and Hasan Ali after the defeat to bitter rivals India in Manchester last week.

They desperately needed a win after three defeats in five games together with one victory and one match rained off.

"We changed the combination in this game," said Sarfaraz, who was criticised for poor captaincy in the India game. "We went with another combination in the last game so sometimes change is good for the team."

"I think credit goes to Amir and Wahab who took early wickets and then Shadab was really good in the middle overs," said Sarfaraz.

Pakistan are now seventh in the 10-team table, with five points. They have games against New Zealand, Afghanistan and Bangladesh to come.

"We have to work harder on fielding," said Sarfaraz, whose team dropped five catches against South Africa, with Amir alone grassing three.

"We once again dropped so many catches so now with all three matches very crucial we have to sort it out so that it could support our bowling." -APP/AFP