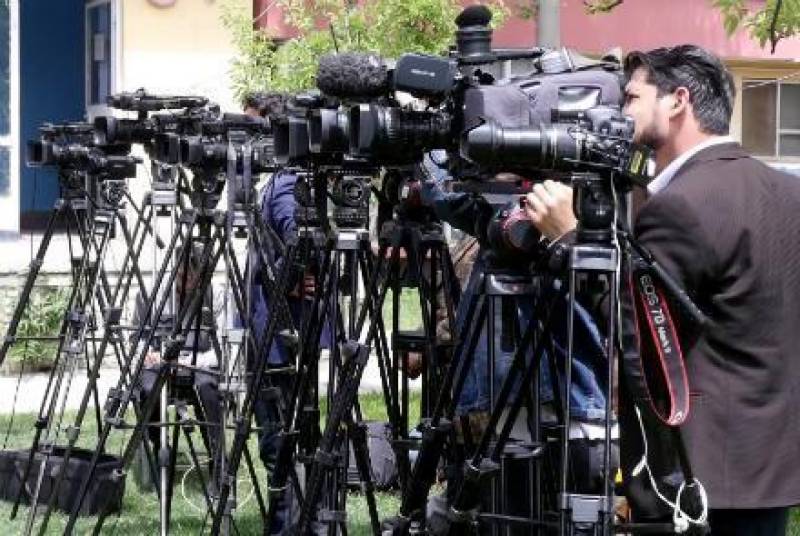 KABUL (At News) - The Taliban have warned that all media staffers in Kabul, the capital city, and elsewhere across the country will be targeted if all the advertisement against the group does not end within a week,” the group’s spokesman Zabihullah Mujahid said in a statement on Monday.

Some media outlets in Kabul and some provinces publish content, where according to Taliban, is meant to defame them.

The extremist group has given Afghan TV channels, radio stations, print media, and other a week to cease airing anti-Taliban announcement. “A number of media outlets are broadcasting and launching some commercial advertisements which is against Taliban,” the statement added, putting it as an insult to the group andtheir so-called Jihad that ordained to provoke people’s sentiment against them.

Anti-Taliban propaganda if still went on air, the Taliban will consider those outlets as espionage dens of the enemies and no one working in these media outlets will have security anymore, the statement added.

According to agency, so far Taliban group is behind nine media-related incidents that taken place since the start of the current year, during which one journalists was killed, and one other received injuries.

In the past, the Taliban have targeted a number of media outlets and it staffers, but this time it the insurgent’s first threat over a specific issue such as the government-paid announcements.