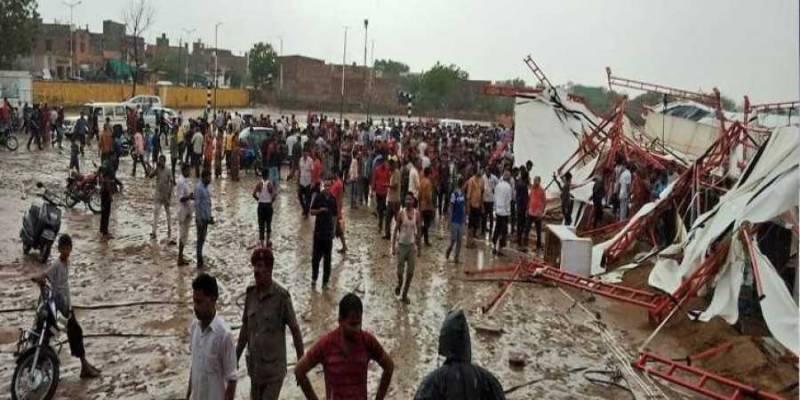 In India, fourteen people were killed and over fifty injured when a tent collapsed during a religious gathering in Barmer district of Rajasthan state.

According to media reports, the tent collapsed due to heavy rain and thunderstorm that resulted in killing of some people after being electrocuted by live electricity wires while others were hit by falling debris.