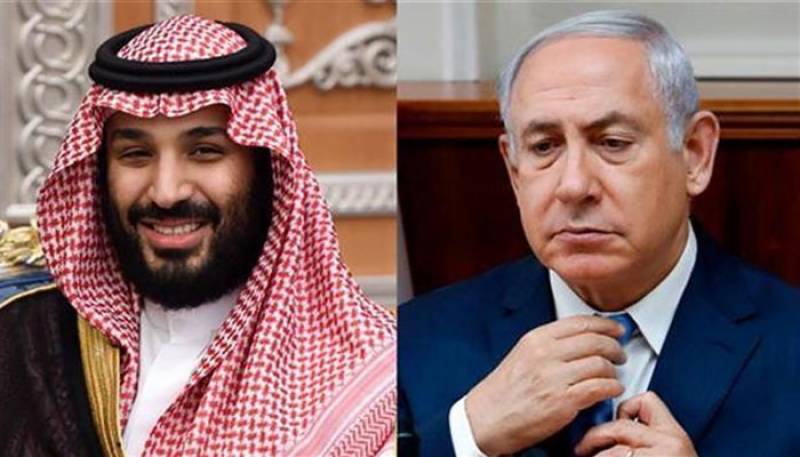 The Israel's Maariv newspaper reported on Friday that Saudi Arabia's Crown Prince Mohammad bin Salman and Israeli Prime Minister Benjamin Netanyahu have held secret meetings in Amman. The two leaders met at the Royal Palace in the Jordanian capital on the sidelines of a visit to Amman by White House special adviser Jared Kushner and US Middle East envoy Jason Greenblatt. Citing an informed source, the report said Mohammad bin Salman's meetings with Netanyahu took place both with and without the presence of Jordan’s King Abdullah.

Israel and Saudi Arabia have no diplomatic relations, but they are widely believed to have secret liaisons. Latest reports say the two regimes are working behind the scenes to establish formal relations. Kushner and Greenblatt are on a regional tour to discuss Washington's so-called peace plan with officials in the occupied territories, Saudi Arabia, Egypt, Jordan and Qatar.

As part of the tour, US President Donald Trump's envoys met with Mohammad bin Salman on Wednesday. The two sides discussed "increasing cooperation between the United States and Saudi Arabia, the need to facilitate humanitarian relief to Gaza, and the Trump administration’s efforts to facilitate peace between the Israelis and Palestinians," a White House statement read. The meeting came one day after the envoys spoke about similar topics with the Jordanian king in Amman. Separately, Netanyahu met with King Abdullah in Amman on Monday. Riyadh has been supporting the US initiative purported to resolve the decades-long Israeli-Palestinian conflict.

Meanwhile, the New Yorker published a report chronicling, among other things, Israel’s recent outreach to Gulf Arab states to work together in countering Iranian influence in the region and to kill the Obama-era Iran nuclear deal. It reports that “US intelligence agencies learned of phone calls between senior the United Arab Emirates and Israeli officials, including calls between a senior Emirati leader and Israeli Prime Minister Netanyahu.”

The report added that Hillary Clinton, both as Obama’s secretary of state and as a presidential candidate, “knew that the UAE and Saudi Arabia were already working together behind the scenes with Mossad to counter Iranian influence.” The report reveals that US intelligence agencies “picked up on a secret meeting between senior UAE and Israeli leaders in Cyprus.” The UAE does not officially have diplomatic relations with Israel. The US officials apparently suspected that Netanyahu himself attended the meeting, which centred on countering Obama’s Iran deal. However, the Obama administration was never told of the meeting and both sides continue to deny it ever it happened. It was revealed in mid-May that Netanyahu met with a senior diplomat from the UAE in March 2018.

According to a report by the Associated Press, Netanyahu met the UAE's ambassador to Washington, Yousef al Otaiba, during his visit to the American capital two months ago. The report stated that during Netanyahu's three-day visit to Washington, he had dinner at a restaurant where Otaiba was also present with a group. The Emirati ambassador, considered one of the most influential foreign emissaries in Washington, was made aware of Netanyahu's presence and invited him and his wife, Sara, to join his table. According to the report, Netanyahu joined the ambassador's table, answered some policy questions and shook hands with Otaiba before departing.