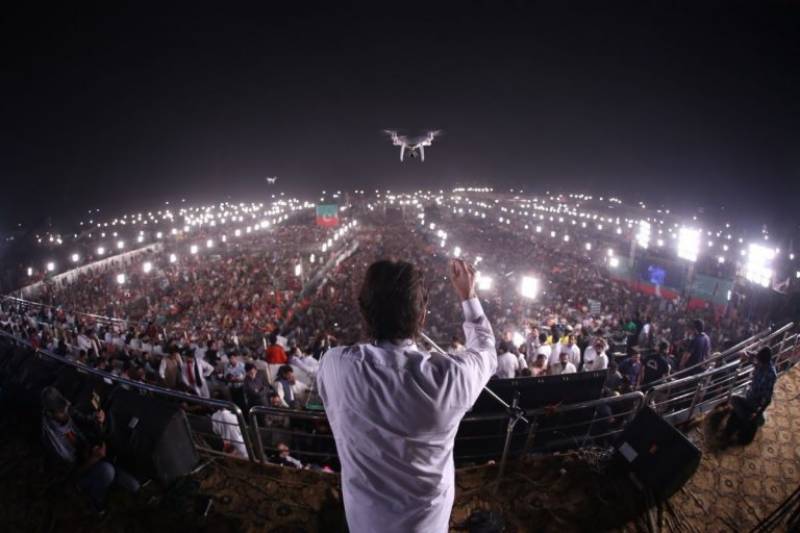 ISLAMABAD - Pakistan Tehreek-e-Insaf (PTI) on Sunday released a final list <link> of its candidates running for the general elections on July 25, after much protest and bickering outside Bani gala.

According to a statement issued by PTI, the list has been released after Imran Khan’s approval. The remaining few constituencies will be decided soon, it added.

Out of a total of 272 National Assembly constituencies, PTI has fielded candidates on 229 seats. In Khyber Pakhtunkhwa, Imran Khan’s party has awarded tickets to 90 candidates off 99 seats.

In NA-163, Vehari, PTI has given its green signal to Khalid Maqbool Chohan instead of favorite Ayesha Nazir.

Ali Muhammad Khan, who has been one of Imran Khan’s staunch supporters, has been given the ticket this time after being snubbed in the first list.

Former federal minister and PML-N leader Sikandar Bosan managed to secure a ticket from NA-154 Multan, but party later retracted his ticket, with PTI Spokesperson Fawad Chaudhry saying that decision on NA-154 will be taken later.

Ali Khan Tareen, son of Jahangir Khan Tareen, doesn’t feature in the final list as he pulled out of the election race due to study reasons.

Shah Mahmood Qureshi is poised to contest from NA-156 Multan, as well as NA-220 Umerkot and NA-221 Tharparkar. His son Zain Hussain Qureshi will be contesting from NA-157 Multan.

Tahir Sadik has been assigned the task to contest on two constituencies of Attock.

In addition, 79 candidates have been chosen to contest in Sindh on provincial assembly seats.