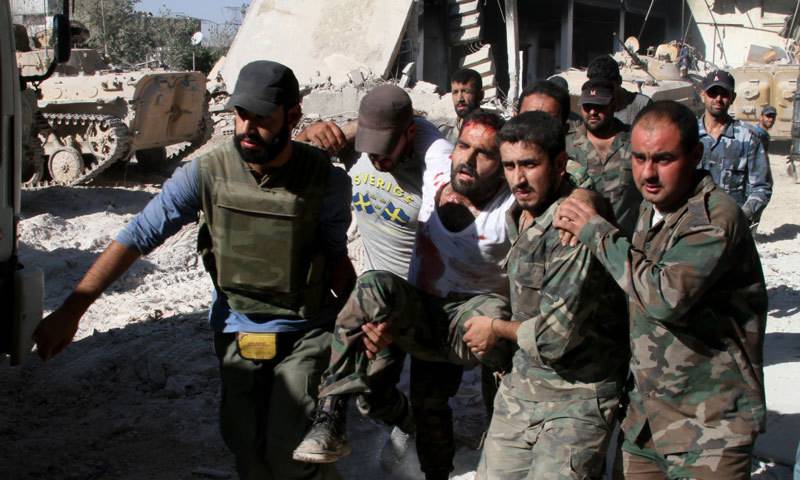 TEHRAN: Iran’s Revolutionary Guards said on Saturday that one of its senior officers had been killed in Syria while advising pro-government forces in an eastern town near the Iraqi border.

“Brigadier General Shahrokh Daipour ... was martyred in the town of Albu Kamal in Syria during a mission to advise Syrian pro-government forces,” according to the Guards’ Sepah News.

The brief report did not give the circumstances of the officer’s death. He was described as a former unit commander who was wounded during the 1980-1988 Iran-Iraq war before holding various positions involved with artillery.

Iran, along with Russia, is a key supporter of Syrian President Bashar al-Assad. Tehran denies sending professional troops to fight in Iraq and Syria, saying it has only provided military advisors and organised brigades made up of volunteers from Iran, Afghanistan and Pakistan.

Iraq said on Saturday it had killed 45 militants from the IS group, including senior members, in an air strike in eastern Syria, the second such operation in less than a month.

Iraqi F-16 fighter jets carried out a “successful strike targeting a meeting of Daesh [IS] leaders” on Friday in Hajin, in the Syrian province of Deir Ezzor, a military statement said.

Among those killed, it said, were a senior member of the militants’ “ministry of war”, his deputy, a local commander and a media official. There was no independent confirmation. - APP/AFP