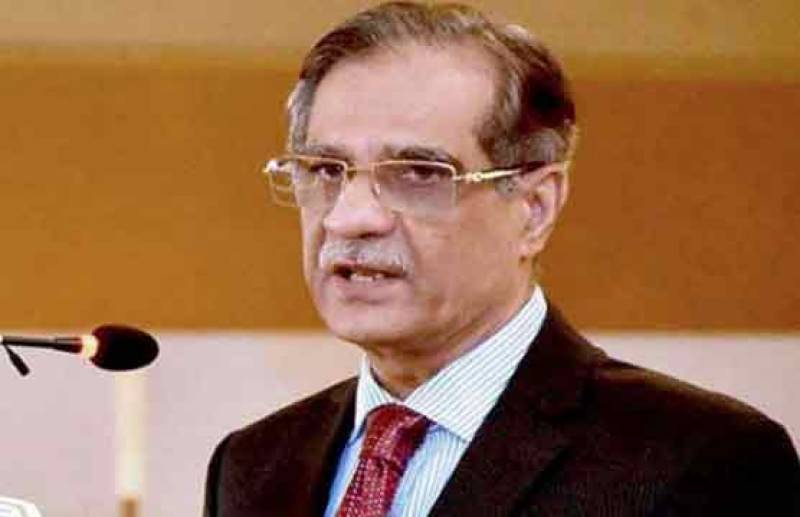 He issued the directives during his visit to government hospital Sukkur, Chandka Medical College Hospital Larkana and Sheikh Zayed Women's Hospital, Larkana, where he met patients and heard their complaints.

He directed provincial Chief and Health Secretaries to submit a detailed report on deficiencies and demands at the level of tertiary care hospitals and District Headquarters Hospitals in the province by next Monday.

He directed judges at district courts to decide cases expeditiously in accordance with law to ensure speedy justice to people.

He also visited judicial lockup and heard complaints and issues of under trial prisoners.

Later, speaking at a gathering of Advocates in Larkana, Chief Justice said the main purpose of judicial system is to provide Justice. He said protection of Human Rights is our foremost priority.

Mian Saqib Nisar said criticism could be made on the reasoning of decisions but not against judges.

He regretted that burden of high profile political litigation in the Supreme Court and High Court have been delaying justice in cases of general public.

During his visit to District Courts, Larkana some people complained to him that their relatives are missing and their whereabouts are still unknown.

On the occasion, he laid floral wreath and offered Fateha at the tomb.

On his way to Hyderabad, he met the protestors of SRP employees and assured that they would be provided justice.