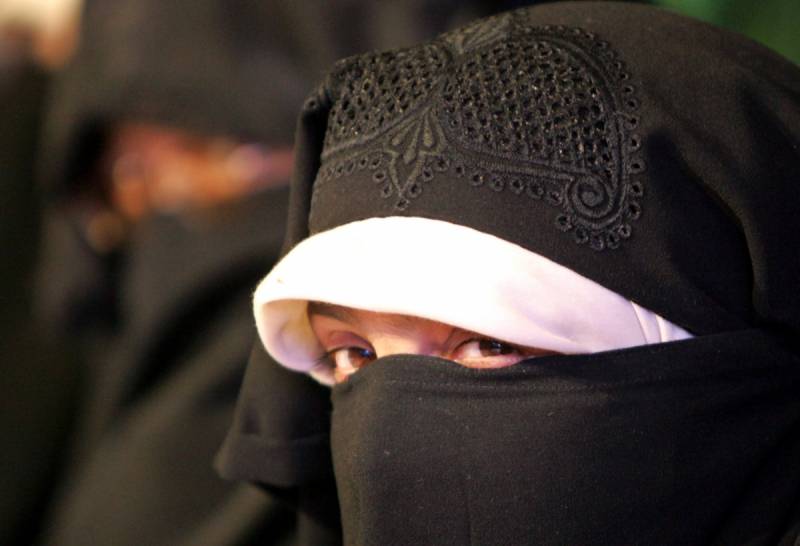 The Chairperson of Dukhtaran-e-Millat, Aasiya Andrabi in occupied Kashmir has said women have an important role to play in the ongoing freedom struggle.

Aasiya Andrabi addressing a gathering of women at Redwani in Kulgam said, "Both men and women of Kashmir have suffered immensely during the past 25 years. Our men are sacrificing their lives for this cause, the women too have an equal and important responsibility toward the cause," Kashmir Media Service reported.

She said that women in Kashmir had been subjected to the worst forms of suppression by Indian forces' personnel. "Apart from torture, rape has  been used as a weapon of war against Kashmiri women besides other  brutalities.

We have suffered a lot but will not stop resistance against India," she said, adding that the Kashmiri women would stand along with their men and would fight until the Kashmiris achieved their goal of freedom from Indian bondage.

Commenting on the recent by-elections held in the Islamabad constituency, the DeM Chairperson said that India was holding such fake and sham polls on gunpoint.

She also castigated the puppet Chief Minister, Mehbooba Mufti, for imposing curbs on the pro-freedom leaders to stop them from conducting election boycott campaign in the constituency.

"If these puppets are so sure that they have a say in Kashmir, they must not restrict our movement," she added.

Praising the contribution of the people of Redwani towards the resistance movement, Aasiya Andrabi said that the Kashmiris would never forget the sacrifices rendered by the residents of Redwani and other areas of Kulgam district for the Kashmir cause.