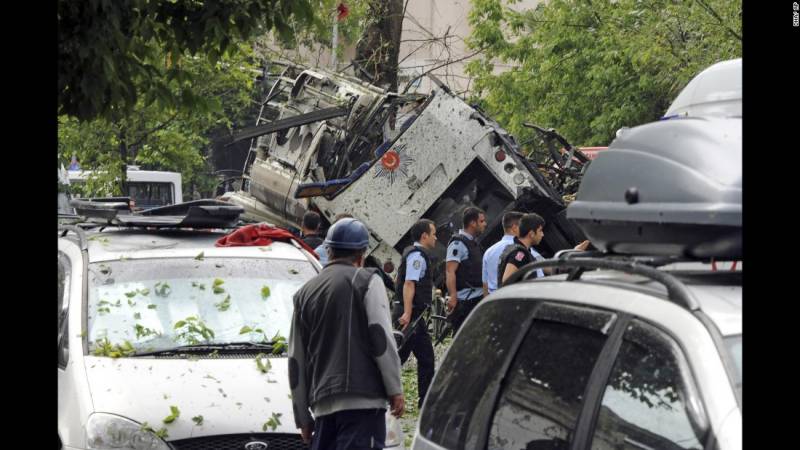 One person was killed and 16 others wounded in a car bomb attack against the Turkish security forces Thursday in the southeast of the country carried out by the Kurdistan Workers Party (PKK), officials said.

A passing civilian truck driver was killed when the car bomb went off in Omerli in the southeastern Mardin province outside a building of the Turkish gendarmerie, a branch of the army which looks after domestic security, the Mardin governor's office said in a statement.

It said that five civilians were wounded, one seriously, and 11 soldiers and family members staying in lodgings nearby lightly injured by broken glass.

The PKK has staged near daily attacks against the Turkish security forces since a truce collapsed last July. The government has launched military operations against the group which activists claim have caused needless civilian casualties.

The Mardin governor's office statement emphasised that after the latest attack the military campaign against the PKK would continue "with  determination".

The PKK had earlier this month claimed a bombing outside police  headquarters in Midyat, also in Mardin province, that killed six people,  including a pregnant policewoman.