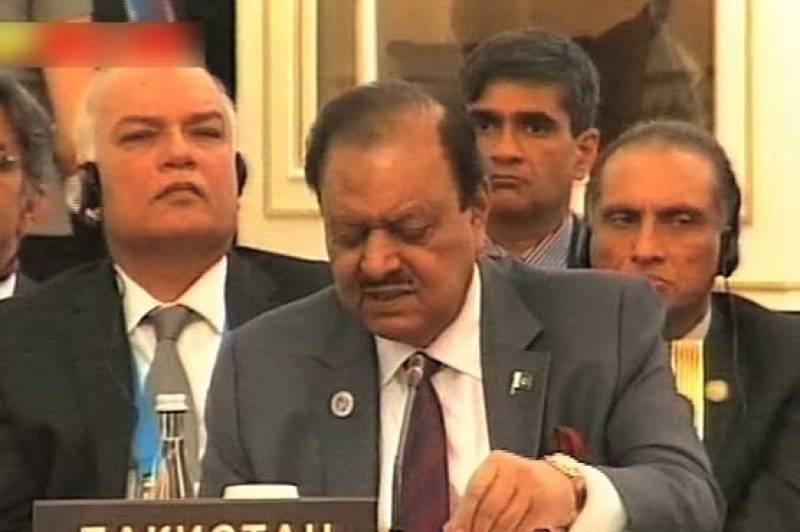 President Mamnoon Hussain represented Pakistan at the signing ceremony at the 16th Heads of the State Council of the SCO held here in the Uzbek capital, while Advisor to Prime Minister on Foreign Affairs Sartaj Aziz inked the Memorandum of Obligations.

With signing of the document, Pakistan has completed a major step towards the full membership since it has been part of the Organization as observer since 2005.

At the summit, India also signed the Memorandum along with Pakistan, which is part of the Organization's major step of its expansion.

The foreign ministers of member states including China, Russia, Kazakhstan, Kyrgyzstan, Uzbekistan and Tajikistan had adopted the Memorandum of Obligations for Pakistan and India last month.

Pakistan's membership will have a positive impact on several major issues pertaining to military and technical cooperation with Russia and on huge communication projects with China.

The SCO - a Eurasian political, economic and military organization - will also provide Pakistan prospects of strong position in the region and greater access to resources with the grouping comprising China, Russia and Central Asian states.

At present, China, Russia, Kazkhstan, Kyrgyzstan, Tajiksitan and Uzbekistan are its full members whereas Iran, Afghanistan, Belarus and Mongolia have observer status.