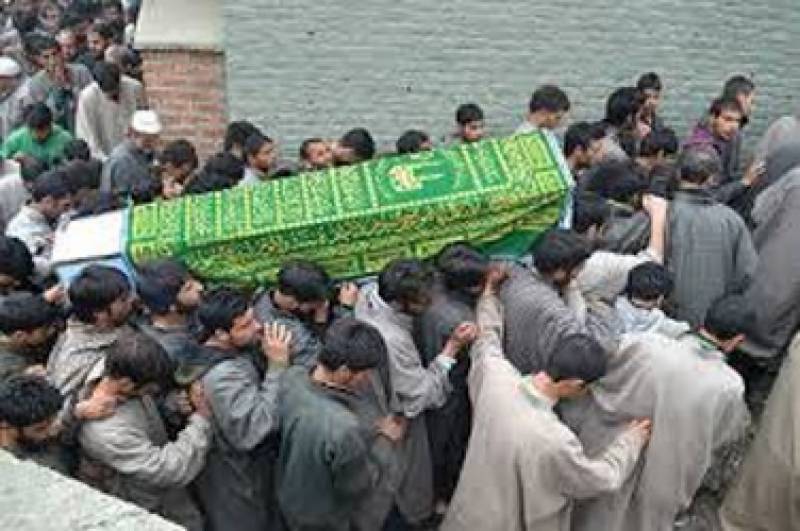 Indian army claimed that the youth were militants and were killed in encounters with the troops.

Meanwhile, people took to the streets at Wuder Bala and staged forceful demonstrations against the killing of the youth. Indian forces' personnel fired bullets and teargas shells to disperse the protesters.

On the other hand, complete shutdown is being observed in Maisuma area of Srinagar, today against the continued illegal detention of the Jammu and Kashmir Liberation Front Chairman, Muhammad Yasin Malik.