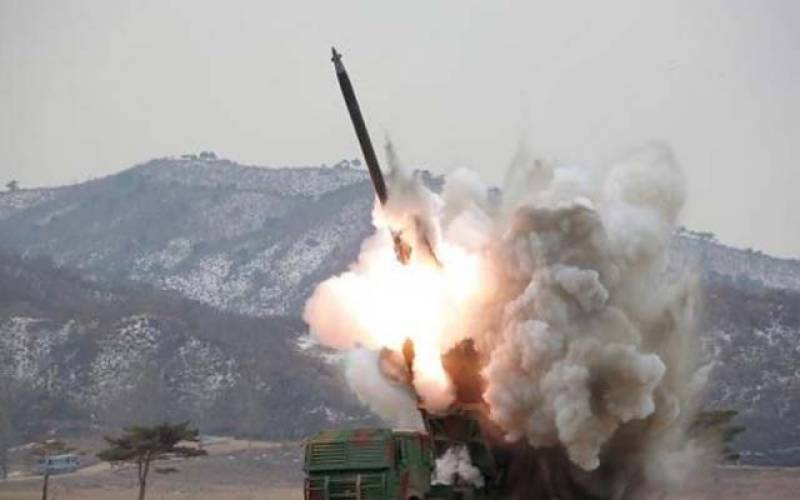 SEOUL: (APP) North Korea's test of a new medium-range missile could help the nuclear-armed state develop an operational intercontinental ballistic missile (ICBM) capable of striking the US mainland by 2020, a US think-tank said Friday.

The US-Korea Institute at Johns Hopkins University said Wednesday's test of a so-called Musudan missile was a "partial success" that demonstrated the full performance of the weapon's propulsion system, and "at least a minimally functional" guidance system.

The Musudan has a theoretical range of anywhere between 2,500 and 4,000 kilometres (1,550 to 2,500 miles), with the upper estimate covering US military bases as far away as Guam.

The first was seen as a failure, but the second was hailed by leader Kim Jong-Un as a complete success and proof of the North's ability to strike US bases across the Pacific.

The second missile was fired at an unusually elevated angle to attain a maximum height of between 1,000 and 1,500 kilometres -- restricting its horizontal range to just 400 kilometres.

Experts said the unusual trajectory was chosen to give the engine a full workout while avoiding any provocative over flight of a neighbouring country like Japan.

Writing on the US-Korea Institute's website 38 North, aerospace engineer John Schilling said testing six Musudans in quick succession until one of them finally worked suggested the North's main target was a propaganda victory.

"This isn't so much an engineering programme, so much as an exercise in tossing a coin or rolling a die until it comes up with the result they like," he said.