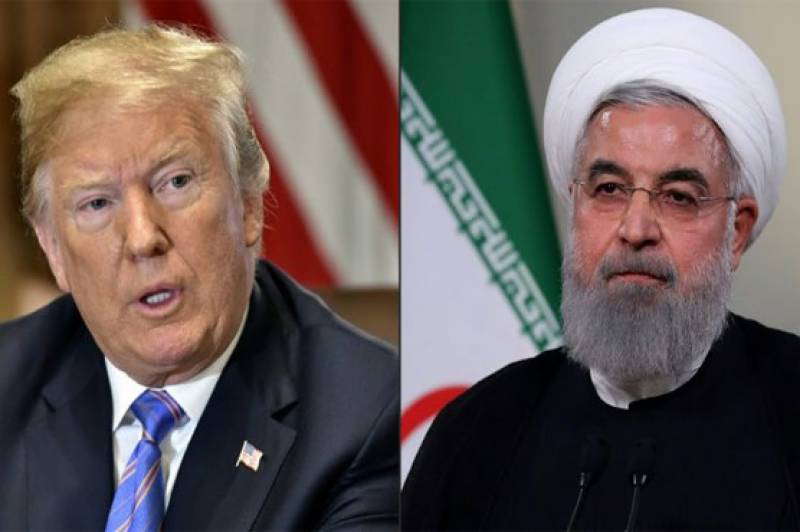 WASHINGTON - Tensions are mounting between Donald Trump and Iran -- the US president’s raw tweet threatening Tehran was met Monday with a similarly bilious reply, upping the ante in the high-stakes game of diplomatic chicken.

The US is regularly suspected of backing the idea of regime change, but analysts say its current stance may simply be an attempt to pivot after a week of dire headlines over Trump’s much-maligned summit with Russia’s Vladimir Putin and a relative lack of progress on North Korea.

The saber-rattling began when Iranian President Hassan Rouhani cautioned Trump not to "play with the lion’s tail," saying that conflict with Iran would trigger the "mother of all wars" -- prompting the furious salvo from the US leader.

The Republican leader’s response was reminiscent of the belligerent tone he took with North Korea last year.

"NEVER, EVER THREATEN THE UNITED STATES AGAIN OR YOU WILL SUFFER CONSEQUENCES THE LIKES OF WHICH FEW THROUGHOUT HISTORY HAVE EVER SUFFERED BEFORE," Trump warned Rouhani on Twitter.

"WE ARE NO LONGER A COUNTRY THAT WILL STAND FOR YOUR DEMENTED WORDS OF VIOLENCE & DEATH. BE CAUTIOUS!"

"We’ve been around for millennia & seen fall of empires, incl our own, which lasted more than the life of some countries. BE CAUTIOUS!"

While Trump’s "tough stand" was hailed by Israeli Prime Minister Benjamin Netanyahu, it also provoked an avalanche of questions about its exact meaning and impact.

When asked about the president’s motivations, White House spokeswoman Sarah Sanders said he was focused on "the safety and security of the American people" and ensuring Tehran did not acquire nuclear weapons.

But she seemed to downplay concerns about his aggressive posturing, saying Trump has been "pretty strong since day one in his language toward Iran." - APP/AFP