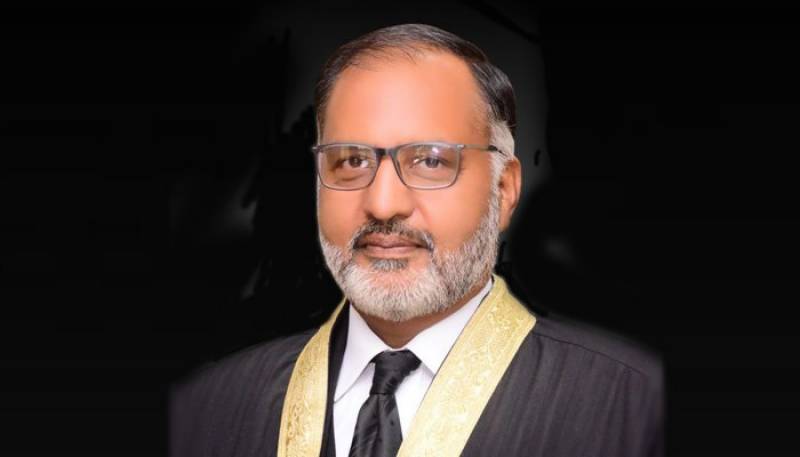 The chief justice also asked the IHC CJ to obtain material/ evidence from Justice Siddiqui available with him (if any) to substantiate the allegations he levelled in his speech, and send it to the Supreme Court of Pakistan.

According to a release issued by the Supreme Court spokesperson, the CJ asked IHC CJ Anwar Khan Kasi to comment on the veracity of allegations levelled against him. “All such material/ evidence (if any) and the comments of the IHC chief justice should be transmitted to the office of the chief justice of Pakistan for consideration and appropriate action, if necessary,” added the release. He said the SC registrar had also conveyed the chief justice’s order to the Islamabad High Court registrar on Monday.

Also, taking up a suo motu notice as well as a petition, seeking action against JusticeSiddiqui, at the Supreme Court Lahore Registry on Monday, the chief justice remarked that Justice Siddiqui would be dealt with as per law and due processes, and no discrimination would be done to him.

“Justice would be done to Islamabad High Court judge, Justice Shaukat Siddiqui, like other aggrieved people,” the CJ said assuring that injustice would not be done with anyone. “Injustice in any form will not be done to the aggrieved judge,” CJ Nisar remarked after reading the content of his oath he took as a judge of the superior court.

On Saturday, Justice Siddiqui alleged that Pakistan’s sensitive agency was directly involved in manipulating the judicial affairs in the country. The CJ assured the petitioner that nothing was going against the country. “God will keep blessing us as long as we have a strong judiciary” the CJ remarked, “You may file a petition on the issue if you wish so. The matter has already been taken notice of. Hence, I am not taking suo motu notice of it.” The CJ asserted that no conspiracies have been hatched against the country and no harm will come to the country as long as the judiciary is powerful.

The petition accused Shaukat Siddiqui of violating his oath by giving statements against a state institution. “His speech was tantamount to betrayal of the country. He has lost the ground for keeping up his office. The court should, therefore, take action against him through a suo motu notice,” pleaded the petitioner.

The petitioner stated that Justice Siddiqui is close to Irfan Siddiqui, who is a close associate of deposed prime minister Nawaz Sharif, and the judge has passed anti-judiciary remarks. The judge has lost the right to retain his position and his speech implied that he wanted to hear the petitions, submitted by members of the Sharif family after the Avenfield verdict, added the petitioner.

It also alleged that the IHC judge betrayed national interests and his oath in the process. The petitioner requested for an investigation into the speech of the sitting judge, who is already facing proceedings initiated by the Supreme Judicial Council against him.

Later in the day, Chief Justice Mian Saqib Nisar said on Monday that attempts were being made to malign the country’s judiciary and allegations were being levelled to weaken it. While addressing lawyers at Lahore High Court Bar Association on the eve of inauguration of Justice (retd) Fakharun Nisa Khokhar’s book, he said, “I had promised to the nation that I won’t let democracy be affected until the Supreme Court is working. I had promised to the nation that I will keep the country’s democracy out of any harm.

“Pakistan will be weakened if the judiciary is weakened,” he said, adding that it would be quite deplorable if the country’s judiciary gets a bad reputation. He remarked that he had also promised that the elections would be held on time.

While speaking about the general election, CJ Nisar said he was hopeful that Pakistan’s next prime minister would be an honest and trustworthy person. “I am a very humble person. I am not arrogant at all. I endeavour to dispense justice up to the best of my ability in accordance with constitutional and prevalent laws. Judges pledge to maintain supremacy of the Constitution and parliament,” he added.

He said water is life and the SC had issued orders for its preservation, adding that Kalabagh and Bhasha dams were not built under a conspiracy. About taking suo motu notices, the CJ said he was compelled to take notices due to government’s non-deliverance.

He said Justice (retd) Nisa was subjected to discrimination for being a woman, adding that this trend would be ended now as Justice Tahira Safdar would be the next chief justice of Balochistan High Court. In the Musharraf era, Justice Nisa was the puisne judge of Lahore High Court, but she was bypassed and a junior judge Justice Iftikhar Hussain Chaudhry was made the LHC chief justice.