Rise of ISIS in Afghanistan: The monster has reached at the doorstep; GENERAL
24 Jul, 2016 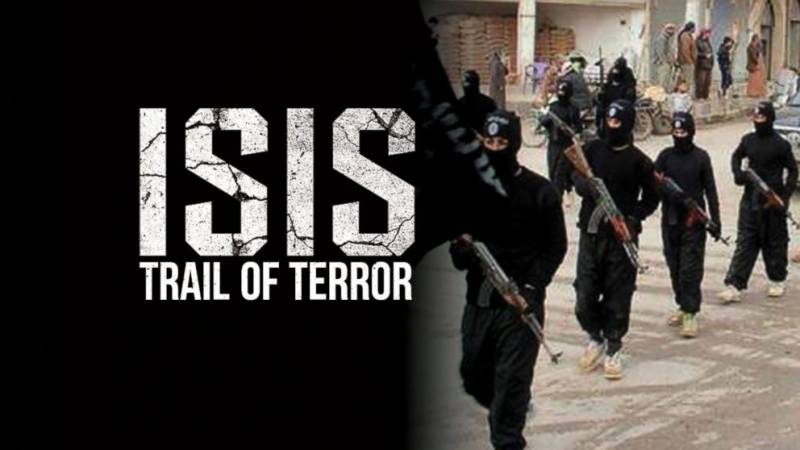 ISLAMABAD: The Kabul suicide bombings, resulting in the death of 81 innocent Hazara community Afghans along with over 300 severe injuries has been claimed by Islamic State (ISIS or Daesh). This is the most deadliest attack in Afghanistan capital since 2001. ISIS has shown its presence in Afghanistan with a big and loud bang.

In recent weeks and months the “Islamic State” also known as  ISIS or Daesh has strengthened its footholds in eastern Afghanistan districts bordering Pakistan. Thousands of Afghan villagers have fled their homes as reportedly at least 1600 new jihadists have pledged allegiance to the Daesh in Nangarhar, Afghanistan.

Afghanistan, already a war torn country and suffering from terrorism since 2001 outser of Taliban regime in Kabul has yet to see the worst, after the rise of Daesh in its fold. The barbaric acts of Daesh in Afghanistan as killings and beheadings of Hazara Shia communities of Central Afghanistan were insignificant in the Taliban era or the period following their ouster from the Kabul government by the US and Allied Forces.

Entry of Daesh in Afghanistan raises many fundamental questions for the strategic policy makers not only in Afghanistan but also in Pakistan and other South and Central Asian Region CAR countries. How Daesh basically a Middle Eastern phenomenon has entered the Afghanistan? Who are the ones who are providing shelter to the terrorist organization in Afghanistan? Are these fighters of the Arab origin or the splinter groups of Afghan Taliban and the Tehrik e Taliban Pakistan TTP have joined the ranks?

Who are the ones financing ISIS in Afghanistan? Should Pakistan be worried about the advent of this new monster on its western borders as Durand Line is a highly porous borders and spill over of terrorists is a no big deal?

The answer to some of the points raised above comes with the prevailing situation in Afghanistan. The spring offensive of the Afghan Taliban has weakened the Kabul Government authority in the  areas out of Kabul. The district, provincial and regional governments are confined to their urban centres, hence paving the way for the militants to creep in.

Another irony of the situation is that few elements within the Afghan government and National Directorate of Security NDS, Afghan premier national security and intelligence agency have closed their eyes toward the new rising phenomenon of ISIS because of the reason that only it can neutralise the Afghan Taliban deadly power hence following the Ajit Doval doctrine of “ Kantay say Kanta Nikalna”, curbing terrorism with more violent terrorism.

Intelligence reports have also surfaced where Indian intelligence agency RAW in collaboration with Afghan NDS is also facilitating indirectly the advent of Daesh in eastern Afghanistan through its consulates in eastern Afghanistan  so as to sponsor the terrorist activities within Pakistan with the fall of TTP as a result of the operation Zarb e Azab in the Federally Administrative Tribal Areas FATA of Pakistan.

Recently Indian and Afghan Diplomats have also raised their concerns in UN that Pakistani sponsored Afghan Taliban are working against the Indian interests in Afghanistan and collective strategy is required to harness them.

Is Afghanistan going to witness another worst kind of civil war between the two warring factions where the Kabul government will only enjoy its supremacy over the urban centres and rest of the country would be left at the mercy of Taliban and Daesh brutal fight? Is Indian interference in Afghanistan and hidden support to terrorist will again send Afghanistan into turmoil?

With the passage of time more and more disenfranchised and disgruntled Taliban and TTP leadership, ranks and files may join the hard core Dash and further add to the miseries of the Afghan people. The Afghan peace process may also be jeopardised as the day is not far away when RAW-NDS notorious nexus in going to blame Pakistan for the support to these elements in Afghanistan through their better foreign policy approach and their western intelligence allies.

Pakistan has to be very watch full in this new emerging security scenario in Afghanistan. The rise of Daesh and its hidden support on its western border should never be taken lightly in any aspect. Afghan government reluctance to manage the border control with Pakistan and the porous nature of the Durand line, the Pakistan - Afghanistan border may witness the spill over of the ISIS terrorists in Pakistan.

Some of the splinter groups and religious elements like Lashkar e Jhanvi (LeJ) , Sipah e Sahaba Pakistan (SSP) and few other small groups like Lal Masjid elements etc. in Pakistan may give ideological as well as material support to Daesh and hence help her in increasing its foot hold in Pakistan which may send Pakistan into another turmoil and instability as just recently Pakistan has seen sudden and drastic drop in terrorism and militancy as a result of Operation Zarb e Azab by the Armed Forces of Pakistan. More than 1, 82, 000 active military soldiers on ground have participated in world’s largest anti terrorism operation in the modern History which was able to successfully flush out the terrorist safe heavens from its mountainous rigged territory.

Pakistan must follow the pro active measures and all such supportive elements must be arrested and eliminated well in time so as to isolate the Daesh entrants if any, arriving in Pakistan. Terrorism can never be flourished and expanded in any territory without the support of the local elements and at the same time an eagle eye has to be maintained on the terrorist finances though strict implementation of the terrorism financing laws and procedures.

Daesh is a threat that was categorized as much bigger than even Al Qaeda and all other such terrorist organization as Chief of Army Staff General Raheel Sharif was quoted as saying in Royal Institute of Strategic Studies during his official visit to London this year. Daesh has expanded its activities in Europe and as well threatened till now verbally USA and other western countries. Rise of Daesh in South Asia with its recognised established presence and terrorist activities in Bangladesh and Afghanistan along with support in Central Asia States would certainly challenge the Law Enforcing Agencies in Pakistan.

Keeping in view the track record of enmity and animosity of Ajit Doval and Hamid Karzai against Pakistan, the possibility of Dash entering Pakistan with the support and financing of NDS-RAW can never be ruled out in Pakistan. For Indian Intelligence RAW exploiting the western border has been the favourite hobby and with the support of NDS readily available, National Security circles in Pakistan would have to remain on toes as once the monster enters the arena and establish its foot hold then it takes years and years if not decades to flush it out that too with a very high cost as we have witnessed in the case of TTP and LeJ etc.

The Monster has reached at the door step, GENERAL.