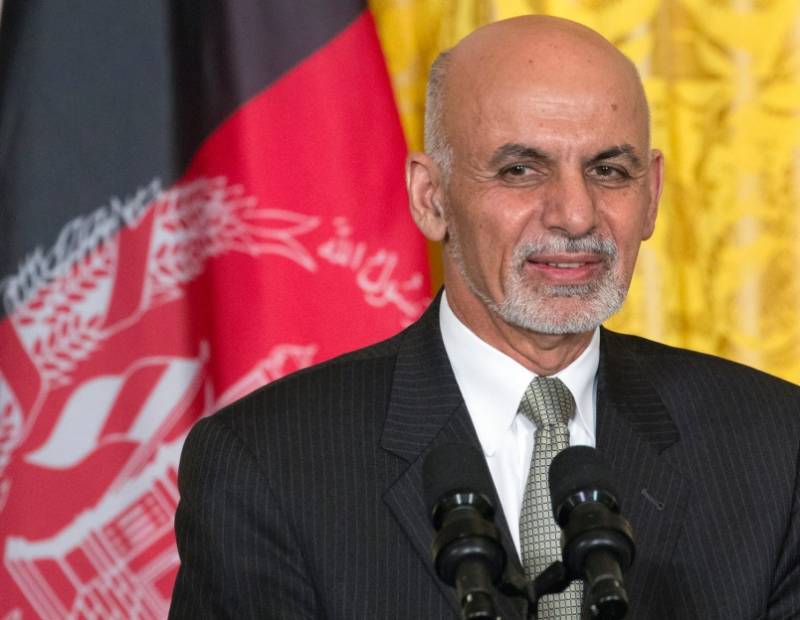 ISLAMABAD: (APP) President of Afghanistan Ashraf Ghani said that Pakistan and Afghanistan were tied in deep historical bonds and both the countries should work together for regional peace and stability.

In an interview with a private television channel aired on Saturday night, the Afghan president said Afghanistan was pursuing the policy of good neighbourly relation with Pakistan.

He said there was dire need for unity against terrorism to purge the region from this menace.

Ghani said Afghan forces were bravely fighting against terrorism in partnership with the international forces.

He said Afghan government was thankful to Pakistan for hosting millions of Afghan refugees; however his government was keen to manage their return to their homeland.

Ghani said in order to ensure refugees' return, his government would have to improve the national economy up to 9 percent of growth rate.

However, he said that both Pakistan and Afghanistan could work out a systematic return of the refugees.

He said establishment of peace between the two countries was essential for effectively tackling the challenge of terrorism.

To a question as why Afghan government broke the news of Mullah Omar's death when the peace dialogue with Taliban was heading forward, Afghan president clarified that it was released by Taliban.

He said Afghan government has made no pre-condition for peace dialogue with Taliban.

To a question, Ghani said that he had ordered action against Khalid Mansoor, who had masterminded terrorist attack on Army Public School in Peshawar.

Afghan President said the international support was essential for Afghan forces as they were fighting not only the regional war but also an international war.