Munich Shooting: The motive of the killer revealed
24 Jul, 2016 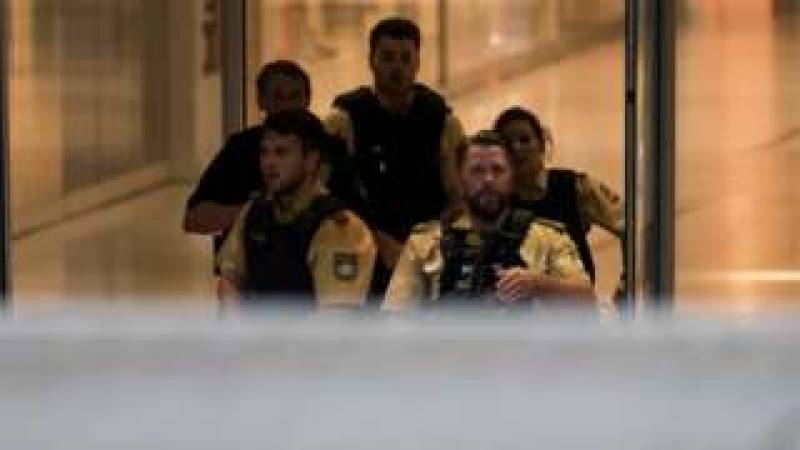 MUNICH: (APP) Neighbours have remembered Munich mall killer David Ali Sonboly as a quiet, helpful boy, but a more complex picture emerged on Saturday of a bullied teen who had spent many hours researching killing sprees.

The 18-year-old German-Iranian, who committed suicide after murdering nine people in a bloody rampage on Friday, also loved playing violent video games and had been an admirer of another German teenager who shot dead 15 people at his school near Stuttgart in 2009.

Interior Minister Thomas de Maiziere said Sonboly may have hacked into a girl's Facebook account and posted information about a fake McDonald's promotion, to lure victims to the fast-food outlet where he first opened fire.

Described by others as calm and shy, he had 300 bullets in his rucksack when he began shooting at the Olympia shopping centre just minutes away from the flat that he shared with his family.

De Maiziere said he had likely been bullied by "other young people his age".

Munich police chief Hubertus Andrae said there were "no indications whatsoever" that Sonboly had links to the Islamic State group -- indeed he had converted to Christianity, according to the interior minister.

But Andrae said Sonboly had extensively researched the theme of rampages and may have read about the killing spree by white supremacist Anders Behring Breivik.

The carnage came on the fifth anniversary of right-wing fanatic Breivik's massacre in Norway that killed 77 people and there was an "obvious link" between the two events, the police chief added.

Sonboly, who had reportedly battled depression, was born to Iranian parents who came to Germany as asylum-seekers in the 1990s.

His father was a taxi driver father and his mother worked at the Karstadt department store. He also had a brother.

They have yet to be interviewed by police "because of their state -- they also lost their son", said the Munich prosecutor.

The family lived together in a tidy, social housing block that is mostly home to immigrant families, located next to a luxury Maserati car showroom in the well-heeled Maxvorstadt neighbourhood.

Sedik Ali, a 29-year-old Afghan neighbour, remembered Sonboly as a lonely teenager who rarely hung out with the other neighbourhood lads.

"It's strange, but he never spoke with us," said Ali, who regularly played football with the gunman's brother in a nearby park.

Delfye Dalbi, 40, a neighbour originally from Macedonia, described him as "a good person", like many in the area remembering that he had a job distributing free newspapers.

"I know this boy very well -- he always was here to help," she said.

"He would give you the newspaper, he was nice. He was never bitter or angry. I feel so sorry for this family but also for the boy."

She added: "I never heard of him having problems with the police or other neighbours. He laughed like a normal person."

But a video posted on social media cast Sonboly in a different light, showing a man dressed in black walking away from the McDonald's while firing repeatedly on people as they fled.

Survivors described terrifying scenes as shoppers rushed from the area, some carrying children in their arms.

Another video posted online appeared to show Sonboly on the top floor of a multi-storey car park exchanging a tirade of insults with a man on an overlooking balcony.

At one point the gunman appears to mention being a victim of bullying though his words cannot be heard clearly.

"I'm German, I was born here," the assailant is heard to reply after one man reeled off a volley of swear words, including an offensive term for foreigners.

At another point, he says: "I was in hospital."

He was an admirer of the 17-year-old who went on the rampage in the 2009 Stuttgart shooting before turning the gun on himself, the source added.

"All his body language said 'I don't want to talk to you'," recalled

Stephan, a waiter at the trendy Treemans cafe on the ground floor of Sonboly's housing block.

"He wasn't like other guys his age -- cool, full of energy, with the latest haircuts. He seemed calmer. He was a shy boy."