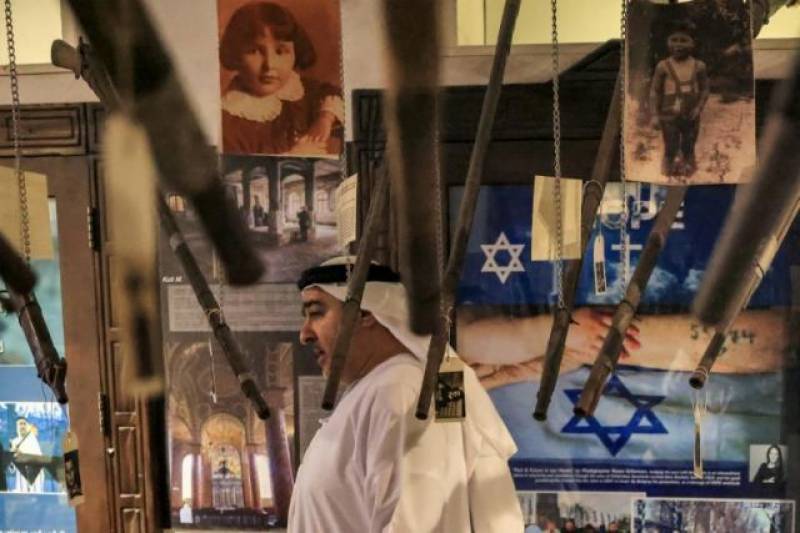 The United Arab Emirates plans to teach school students about the Holocaust, signalling warming ties with Israel, a country that is widely condemned in the Arab world over the Palestinian conflict.

The wealthy Gulf state's move comes after it agreed to normalise ties with Israel under the US-brokered 2020 Abraham Accords along with Bahrain and Morocco, years after Egypt and Jordan had forged relations.

At Dubai's Holocaust Gallery -- the only permanent exhibition on Arab soil about Nazi Germany's genocide of European Jews -- visitor Andreas Duhn praised the education initiative, the first in the region outside Israel.

"It's good that the UAE is taking a lead in the Arab world on this hugely important part of history that everyone should know about," said the 38-year-old British finance professional who lives in Dubai.

"It shows that things are changing."

Duhn visited the exhibit after hearing that the UAE will become the first Arab country to include the Holocaust, the Nazis' systematic murder of millions of Jews and other groups, in its state school curriculum.

Arab nations have generally been reluctant to tackle the subject, given that Nazi Germany's mass murder of Jews in gas chambers and on death marches was a key factor leading to the 1948 creation of the state of Israel.

The founding of Israel as a safe haven for Jews led to the large-scale expulsion of Palestinians and the occupation in the 1967 Six-Day War of the West Bank and east Jerusalem, which was later annexed.

Solidarity with the Palestinian cause has made the Holocaust a taboo subject in many Arab countries, where school texts and world maps often deny the very existence of Israel, which is commonly dubbed the "Zionist entity". -APP/AFP