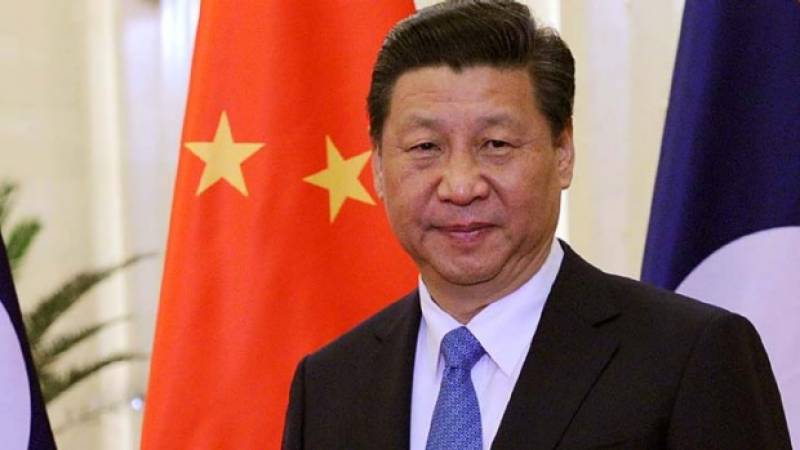 TEHRAN: Chinese President Xi JinPing has become the first Head of the state of China to visit Iran in last 14 years as his plane touches down at the Tehran International Air Port.

China and Iran vowed to enhance bilateral ties and trade to $100 billion in next 10 years as the UN removed nuclear related sanctions against Iran after it inked an accord with the six international powers to roll back it's nuclear programme.

China is one of the six powers that helped and persuaded Iran to reach down an accord related to its nuclear ambitions in exchange for removal of economic sanctions that had crippled Iranian economy in last one decade.

Iran and China inked 17 accords in various trade and commerce avenues in order to strengthen the bilateral ties between the two states.

China further pledged to cooperate with Iran in civil nuclear technology field alongside the other sectors.

China is the largest importer of the Iranian oil followed by India and China gives lot of importance to its relations with Iran.

Both heads of states further agreed to enhance their bilateral relations to the strategic partnership in coming years and decade.

With CPEC project development in Pakistan not only Gwadar port in Pakistani province of Baluchistan will become the regional trade hub, Iranian Chahbahar port will also be a great beneficiary of the said project.

Both Chinese and Iranian leadership also agreed to revive the old silk route by virtue of which Chinese exports will reach Europe through Iran.

China has been following the policy of one belt one road under the dynamic leadership of Xi JinPing and enhancing bilateral trade and development ties with the countries of the region has been the hall mark of the Chinese Foreign Policy in last few years.

Chinese strategic relations with Iran in coming years will be beneficial to both states as Iran after decade of sanctions needs foreign investment and on the other hand China will add another state in its strategic ties loop in the region.

China also aims to incorporate Iran in CPEC project where China can import Iranian oil through the rail, road, oil and gas pipelines via Khunjrab pass into China in order to develop its restive and under developed western region of Xinkiang.

Chinese extended influence in Iran will also be beneficial for Pakistan as both neighbouring states will be clubbed together and both Gwadar and Chahbahar ports will enter into cooperation instead of Competition as desired by India.

Iran coming more closer to China may deviate it away from the Indian strategic goals associated with Iran in an effort to isolate Pakistan from its western side.

Chinese involvement at this point and place may forbade Iran to further slip in Indian influence which may ultimately benefit Pakistan which previously had few complaints of Zaidan consulate of Iran being used against Pakistan in fuelling troubles in Baluchistan province.