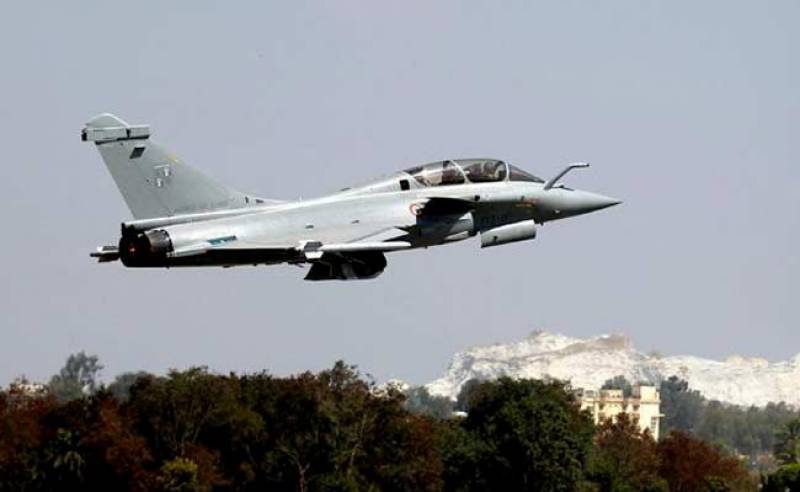 NEW DELHI: French President Hollande lands in India to participate in the Republic day parade to be held on Tuesday, January 26.

Hollande was invited by Indian PM Narendra Modi to be the chief guest at the Republic Day parade during his visit to France last year.

Hours before leaving for India French President while talking to the National media said that France-India deal for the sale of 36 Rafale fighter jets is unlikely to be inked during his recent visit.

India had initially planned for a huge order of over 126 Rafale fighter jets but the final number had reduced to 36 after the Modi Government took over the New Delhi Sarkar in 2014 in line with his Make in India Policy and Defence reliance concept.

However the negotiations between the two parties is being delayed again as India insists for transfer of technology along with industrial setup which France is reluctant to provide due lack of expertise and below standard human resource in the required field.

India has been trying to develop its own fighter jet Tejas for the last three decades but has been unsuccessful in its production while the technology has gone obsolete even before the aircraft could be sent for mass production.

Keeping the above track record in mind France seriously doubt the capacity and human resources of India in developing the latest fighter jets.

Indian Air Force has been in crisis since many yeas as the IAF fleet has hundreds of obsolete Russian Migs which are now termed as the "Flying Coffins" for the Indian Air Force Pilots.

Along side the reduced number of fighter squadrons from desired 45 to just over 30, Indian Air Force performance in maintenance and serviceability of the  fighter jets is amongst the worst in the world as compared to other regional and International Air Forces where half of its Su 30 MKI state of the art Russian fighters are always on ground on issues of poor maintenance.

IAF has been struggling hard to coop up with the rising Chinese Air Force in her North and Pakistan Air Force in its West. Indian Air Force desires to maintain at least 45 IAF fighter jets squadrons in order to face the combined threat of PAF and PLAAF.

India is likely to spend over $10 billions in next 5 years in order to modernise it's Military in line with the modern day requirements and get rid of the obsolete soviet era technology.