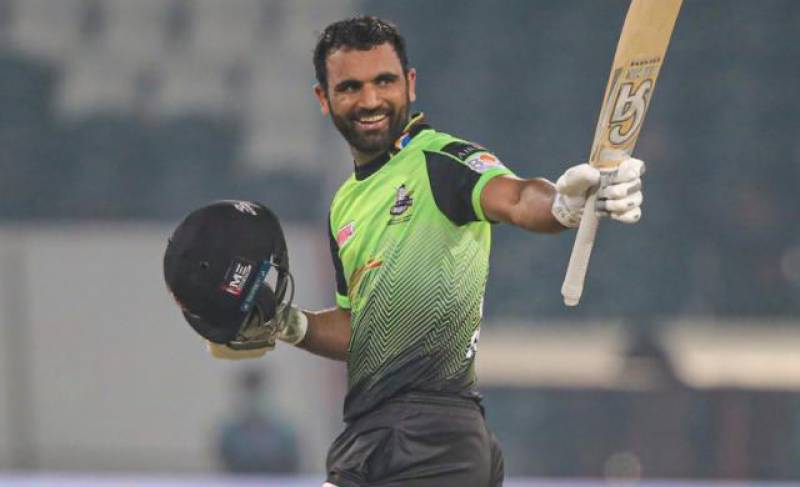 LAHORE – Lahore Qalandars star batter Fakhar Zaman has dethroned Kings skipper Babar Azam as he scored the most runs in a single edition of the Pakistan Super League.

The desired record was earlier held by national team skipper Babar Azam in last season where he scored 554 runs.

Fakhar Zaman, the former Pakistan Navy sailor, has now set a new record and currently has 584 runs to his name while there is one more game to play in the ongoing flagship tournament.

During the last encounter against Sultans, Fakhar Zaman scored 63 from 45 deliveries which included two boundaries and four sixes. The inning helped him become the highest run-scorer in PSL.

Moreover, the 31-year-old also broke the record for scoring 50 plus runs in eight innings of a single tournament edition. The left-handed batsman scored 584 runs at an average of 53.09 while maintaining a massive strike rate of 155.31.

Sultans’ skipper and star batsman Mohammad Rizwan has scored 532 runs so far and ranked third in the list.