Turkey and Pakistan take a united stance against Israel at the international front
24 Feb, 2020 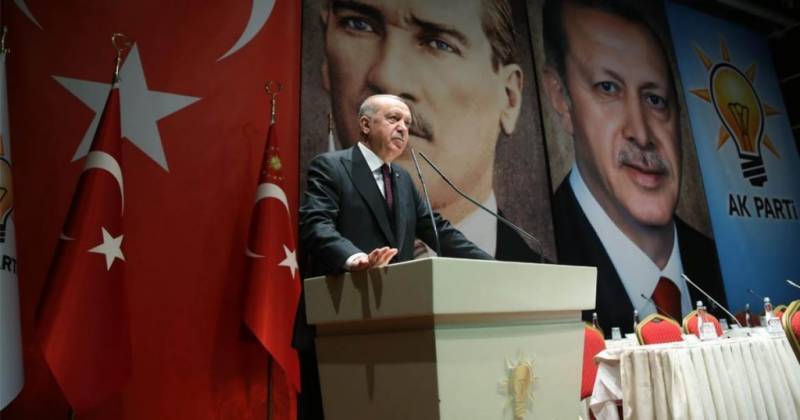 ISLAMABAD - Turkey and Pakistan take a united stance against Israel at the international front.

Turkish Foreign Ministry on Friday strongly condemned Israeli Prime Minister Benjamin Netanyahu’s announcement for reviving a plan to build thousands of new settlements near East Jerusalem. Netanyahu’s remarks came ahead of national elections in Israel and are clearly meant to boost his right wing support base.

This policy violates international law and UN resolutions, said the Turkish Ministry of Foreign Affairs through a strongly worded written statement. Turkish government of PM Erdogan, and AKP party, has been consistently opposing Israel over its occupation of Palestine and its settlements on Palestinian land.

Before the rise of AKP in Turkey, Ankara seldom challenged Israel on its Palestinian or Middle Eastern policies – it rather enjoyed a very cosy relationship. It all changed with the rise of AKP to power; Ankara still maintains diplomatic relationship with Tel Aviv but relations have remained strained. Israel’s move to build more settlements has come after failure of recently proposed Israel-Palestine Deal.

Turkish Ministry of Foreign Affairs, in its statement, said that Israeli administration had repeatedly disregarded international law before every election and usurped the rights of Palestinians, which has become a pattern for Tel Aviv. Notably, the statement noted that Israel was encouraged by the U.S., which recently announced a so-called peace plan called “Deal of the Century.”

It concluded that Palestinians were the sole owner of their own lands and the occupant policies of Israel would never alter that fact.

link My name is Ibrahim. I live in the city of Gaza, so@SvVWCXnon3EBh9r link link

Dear brothers and sisters, you can also see what Israel did in my home in the 2014 war. You can see with your own eyes what Israel is doing in Gaza and what you did in my house. I have posted a lot about my house, but unfortunately no one hears me

Expressing concern over Trump’s so-called “Deal of the Century,” which declared Jerusalem the “capital of Israel,” the senators said it was tantamount to an instrument of humiliating surrender by Palestinians to their oppressors.

The resolution also called for the issue to be fairly and peacefully resolved in light of UN General Assembly and Security Council resolutions, including the establishment of a sovereign Palestinian state, the safe return of all Palestinians to their homes and lands currently in illegitimate possession of Israeli settlers in breach of international law and a halt to acts of aggression against Palestinians.

It further urged the government to take steps to summon special sessions of the UN General Assembly and Organization of Islamic Cooperation to work out a consensus-based strategy “with due regard to the legitimate rights of the Palestinian people as recognized by international law” for the amicable settlement of the Palestinian issue.

Trump unveiled his so-called “peace deal” during a press conference at the White House on Jan. 28 alongside Israeli Prime Minister Benjamin Netanyahu.

His plan overwhelmingly eschews international consensus on the conflict, denying Palestinian refugees their right of return and enormously shrinking their borders within the West Bank. - Global Village Space