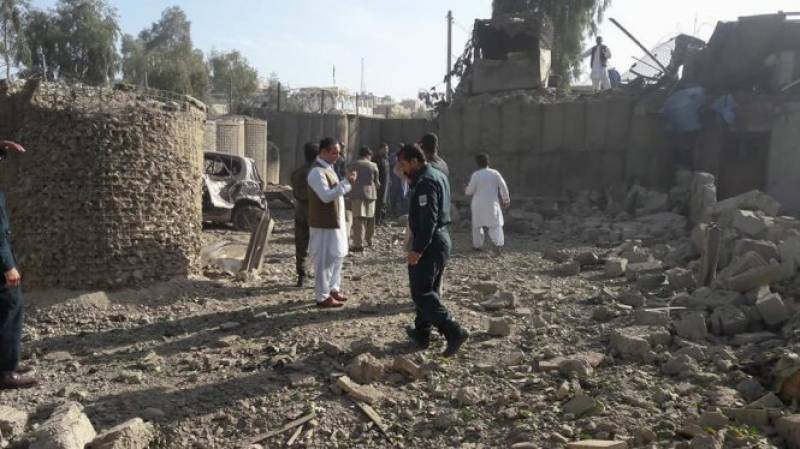 The provincial government media office in a statement said the first blast took place close to the compound of the Afghan intelligence agency in 2nd police district of Lashkargah city after a suicide bomber detonated a mini truck with packed with explosives.

The statement further added that the suicide bomber wanted to ram the vehicle into the compound of the intelligence agency but detonated his explosives far from the intelligence compound after he was identified by the security personnel.

At nine people including five school children, three civilians and one Afghan intelligence operative were wounded in the attack, the statement added.

Another suicide bomber who was looking to detonate a motorcycle packed with explosives in Nad-e-Ali district was also identified by the security forces and detonated his explosives after coming under fire.

No individual or group has so far claimed responsibility behind the explosions.