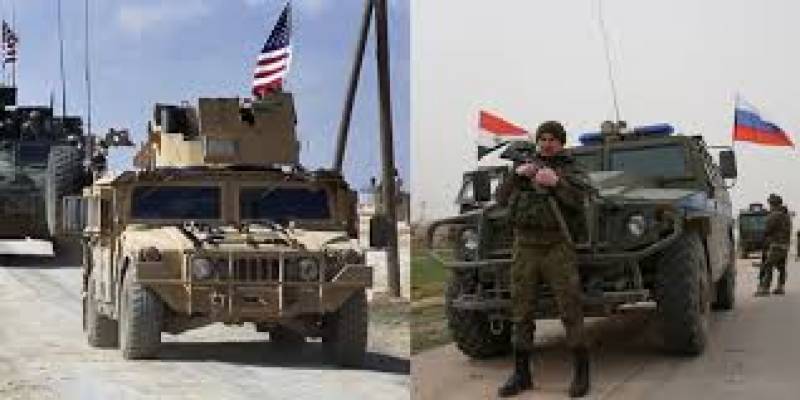 WASHINGTON - One of the most complicated episodes in Syria's ever-twisting war took place on the night of February 7. In that incident, U.S. troops and their Syrian allies near the town of Deir al-Zour were attacked by hundreds of fighters loyal to the Syrian regime. The Americans responded with a devastating counterattack that the United States said left about 100 dead.

Soon, this already dicey situation was complicated further by reports that Russian mercenaries had taken part in the attack and were among the dead - making it the deadliest U.S.-Russia clash since the Cold War.

The mercenary firm is named Wagner, and it has been linked to Yevgeniy Prigozhin, a Russian oligarch who was recently indicted by special counsel Robert S. Mueller III for an alleged role in "information warfare" ahead of the 2016 U.S. presidential election.

Worse still, U.S. intelligence reports suggest that Prigozhin was in touch with both the Kremlin and Syrian officials shortly before and after the attack, The Washington Post reported Thursday. The situation raises big questions about what role a Russian mercenary firm - or rather a "pseudo-mercenary" firm, according to Russian military expert Mark Galeotti - was playing in the Syrian war.

*When was Wagner created?*

Wagner first gained attention for its operations in 2014 in Ukraine, where mercenaries with the group - mostly military veterans and ultranationalists - were reported to be fighting alongside Russian-backed separatists in the eastern part of the country. The group was believed to have been led by Dmitry Utkin, who until 2013 had served in Russia's foreign military intelligence agency, the GRU.

After leaving official military service, Utkin is reported to have worked with the private security firm Moran Security Group and the "Slavonic Corps," a group of Russian mercenaries sent to Syria in 2013 with notoriously disastrous consequences. According to the Russian investigative outlet Fontanka, Utkin is a Nazi sympathizer, hence the name of his new group. He was later sanctioned by the U.S. Treasury Department for his involvement in Ukraine.

In 2015, after the Russian military intervened to prop up Syrian President Bashar al-Assad, Wagner began sending troops to Syria; as early as October 2015, just one month after Russia began airstrikes, Russian citizens were reported to have died fighting alongside pro-government forces. Subsequent reports indicated that Wagner mercenaries may be deployed to Sudan and the Central African Republic.

*What is Prigozhin's relationship to Wagner?*

Prigozhin is a Russian oligarch who first became famous as a restaurateur - his nickname is "Putin's chef." He has had a remarkable life, taking an unlikely path from prison, where he served nine years on charges related to robbery and prostitution, to becoming a Kremlin-linked entrepreneur.

He now has a reputation as a man willing to do Russian President Vladimir Putin's dirty work. Last week, he was included in a U.S. indictment that focused on the Internet Research Agency, a St. Petersburg-based firm that was alleged to have used social media to interfere in U.S. politics, including the 2016 presidential election. The indictment says that Prigozhin and his catering company, Concord, spent "significant funds" on the venture and that Prigozhin attended regular briefings on its work.

U.S. intelligence sources think that Prigozhin "almost certainly" controls the Wagner mercenaries fighting in Syria. Notably, Russian business outlet RBC reported last year that Utkin appeared to have been listed as the general director of one of Prigozhin's catering businesses.

*What role does Wagner play in Syria?*

At first, Wagner mercenaries were believed to be involved mostly with security for Russian bases and other military facilities in Syria. However, as the war has dragged on, they have taken a more active stance and played a role in the fighting to reclaim the ancient city of Palmyra in 2016 and 2017.

At least part of the group's efforts may be purely commercial, too. The Associated Press reported late last year that a Syrian state oil company had offered a Wagner front company a cut of profits from refineries liberated from the Islamic State.

The number of Wagner troops in the country has been as high as 3,000, according to Fontanka, which also says that around 73 have died in Syria - a conservative estimate according to other monitoring groups. The Russian government has acknowledged that "several dozen" Russians were killed or wounded in the U.S. counterattack Feb. 7 and 8.

*So is this a private group or is it part of the Russian military?*

Wagner's murky links to the government make it unique, according to Galeotti. "Russia has often used hirelings and mercenaries, from the czar's Cossacks to turned rebels in Chechnya, but they worked for the state directly, not a front company," he explained via email.

Indeed, although Putin has expressed support for the idea of private defense companies, such ventures remain illegal under Russian law. When the "Slavonic Corps" returned to Russia from Syria in 2013, some members were reportedly arrested.

But private military companies can serve a key purpose for Russia. The Kremlin is keen to avoid official casualties in Syria like those that were sustained during bloody and unpopular wars, notably in Chechnya and the Soviet invasion and occupation of Afghanistan. And as Moscow saw during the conflict in Ukraine, private military contractors can give it a degree of plausible deniability when it comes to controversial international conflicts.

The Russian government has quietly embraced its mercenary allies at times - Utkin was photographed receiving an award from Putin in 2016. According to U.S. intelligence intercepts, Prigozhin told Syrian officials he had "secured permission" from an unspecified Russian minister for the Feb. 7 attack.

However, it isn't clear to what extent Moscow directs Wagner's work or whether it always condones it. Yury Barmin, an expert on Russian foreign policy in the Middle East, suggested on Twitter that the lack of Russian military support for Wagner during the U.S. counterattack could suggest a split between the Russian Defense Ministry and the mercenary group.

He tweeted "Who has Putin's ear, Shoigu or Prigozhin? This is something that a select group of people competes for in the Kremlin." and "What I think happened in Deir Ezzor, is the MoD, understanding that its role is diminishing, punished Prigozhin and his Wagner foot soldiers who act independently by not interfering in the US attack in Deir Ezzor (which would arguably require just one Russian jet in the area)" - The Washington Post