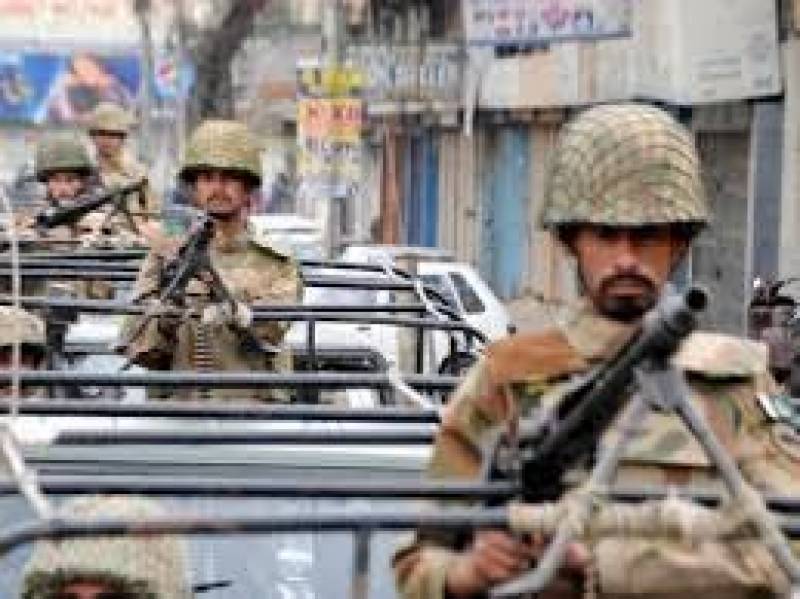 LAHORW - *Rangers personnel have been deployed at the NAB Lahore office.*

According to official sources, the deployment of the paramilitary troops was made to ensure safety and security of the NAB Lahore office and employees.

Security has been beefed up at the request of NAB chairman and director general.

A day earlier, the Punjab bureaucracy staged a protest against the arrest of Ahad Cheema, former director general of Lahore Development Authority (LDA).

Cheema has been arrested over his alleged involvement in the Ashiyana Housing Society scam.

NAB officials claim that they have gathered evidence sufficient to prove Cheema’s involvement in the scam.

On Thursday, the former LDA officer was remanded in NAB custody by an accountability court of Lahore for eleven days for questioning.

According to NAB, Ahad Cheema through misuse of authority with criminal intent processed and awarded contract of Rs14 billion Ashiana-e-Iqbal project to Lahore CASA Developers in violation of the relevant laws.

The accused received illegal gratification in the form of 32 kanals of land worth Rs30.090 million from the owners of Paragon City (Pvt) Ltd.