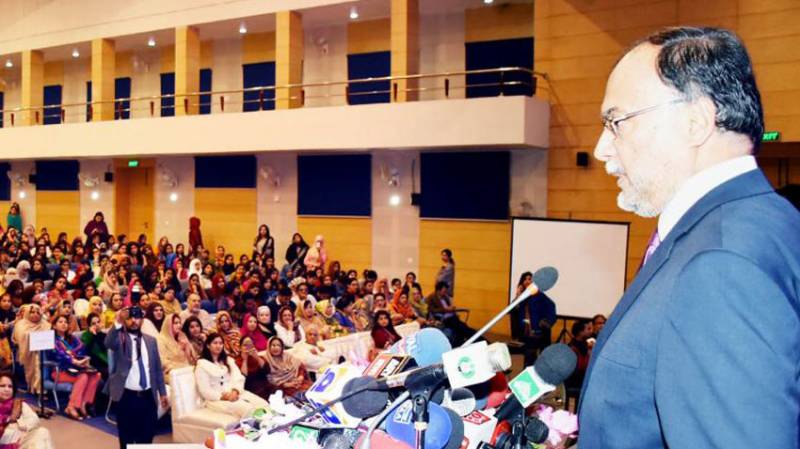 ISlAMABAD:Minister for Interior, Planning, Development and Reforms Ahsan Iqbal says acting PML (N) party president will be elected within seven days, while a permanent president will be chosen in the next 45 days.

Talking to media men in Lahore today (Friday), he said that Central Working Committee of PML-N was authorized to elect party president in the wake of apex court verdict. The Minister stressed that there should not be any kind of confrontation among the institutions.

To a question, the Interior Minister said the country faced internal and external threats and enemies of the country were wary of economic progress of Pakistan. He said India had threatened to launch surgical strikes against Pakistan.

Earlier, addressing the International Conference on 'Role of Tasawwuf in the Promotion of Peace and Harmony', Ahsan Iqbal said Pakistan is an emerging economy today. He said a change is visible as the load-shedding had been reduced to the minimum, terrorism had been exterminated and economic index had risen to 6 percent in 2018.APP