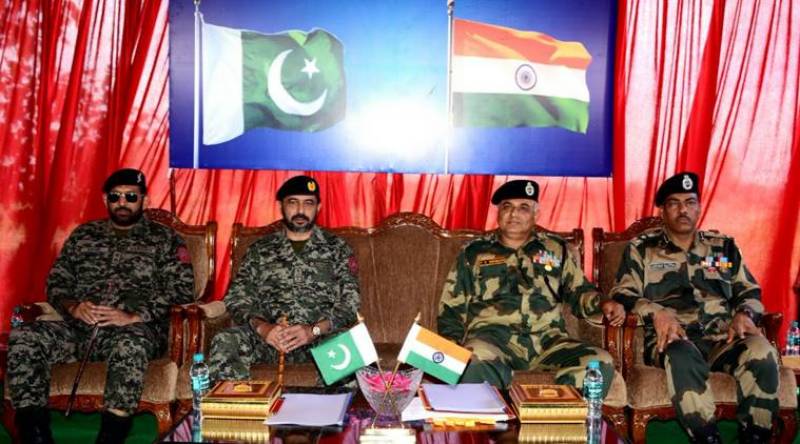 ISLAMABAD - Both India and Pakistan on Friday assured each other to maintain peace and tranquillity along the International border in Jammu and Kashmir.

The assurance came at a sector commander level flag meeting held between Border Security Force and Pakistani Rangers on the international border in Suchetgarh area. “During the meeting general day to day border management issues were discussed.

“While reiterating its commitment towards maintaining peace and tranquillity on the International border, Punjab Rangers officials sought the cooperation of BSF for the same, which was agreed by them,” BSF said. “The meeting concluded in a cordial atmosphere,” it added.