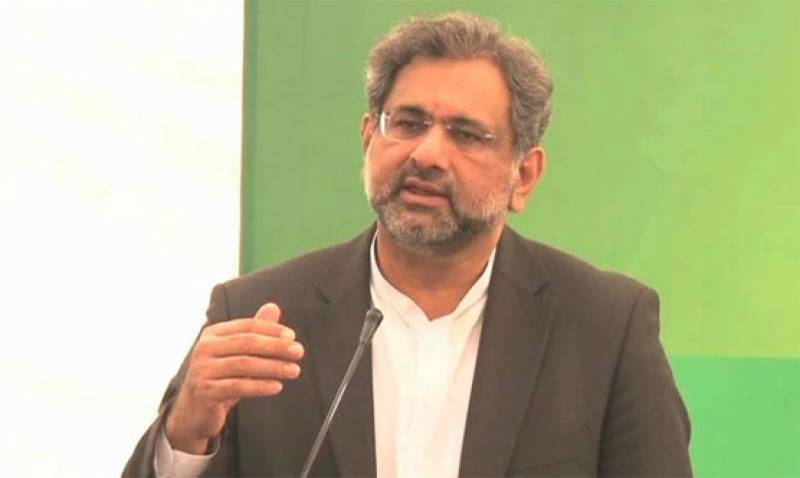 ISLAMABAD:Prime Minister Shahid Khaqan Abbasi says Pakistan is the land of Sufis with a diversity of culture.

Addressing a ceremony in Lahore, he said Pakistan is the dream of Allama Muhammad Iqbal and there is no room for extremism in it.

Paying rich tribute to late Asma Jehangir, the Prime Minister said she fought the war of democracy and rendered valuable services for judiciary and human rights.He termed the holding of two-day Lahore Literary Festival as a good omen and expressed the hope that such events will help promote values of tolerance and harmony in the society and curb the tendencies of extremism and intolerance.Meanwhile, Prime Minister Shahid Khaqan Abbasi and Punjab Chief Minister Muhammad Shahbaz Sharif held a meeting in Lahore.

During the meeting, matters of mutual interest, political situation in the country and party matters came under discussion.On the occasion, the Chief Minister said Pakistan cannot tolerate the situation of confrontation at any cost and we all have to work for public welfare and national development.He said the supremacy of law and the Constitution would have to be ensured to move further.APP