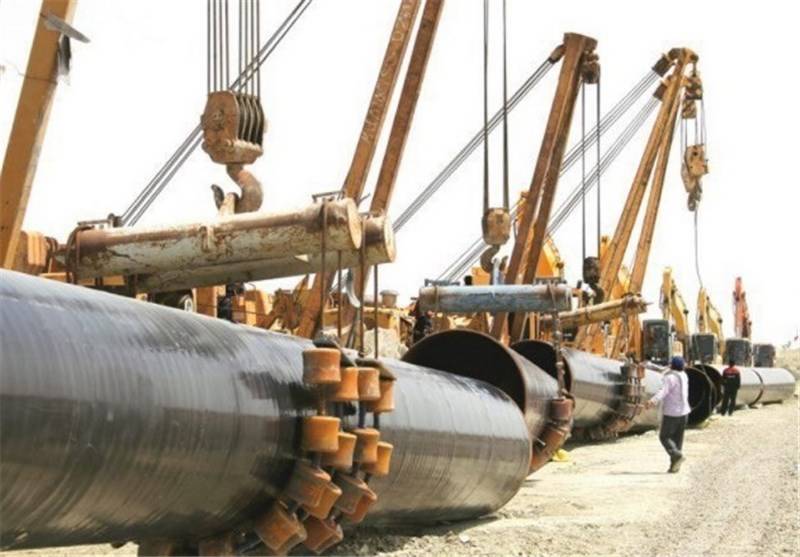 ISLAMABAD – Pakistan’s Foreign Office Spokesman Mohammad Faisal said a long-awaited gas pipeline project between Iran and Pakistan is still in place amid reports that Islamabad has been under pressure to follow other options, including a pipeline from Turkmenistan, nicknamed TAPI. <link>

“To the best of my knowledge, the IP gas pipeline project is still on. For technical details, the concerned ministry can be contacted,” Faisal was quoted by The Nation as saying on Saturday.

Leaders and ministers from Turkmenistan, Afghanistan, Pakistan and India attending the groundbreaking ceremony on Friday in Herat described hopes that trade and mutual economic benefit could overcome old conflicts.

The pipeline, known as TAPI for its route through Turkmenistan, Afghanistan, Pakistan and India, taking in some of the world’s most contested land, is an experiment in pipeline diplomacy of a type considered but ultimately rejected in other hot spots like on the Korean Peninsula.

The project has been touted as a rival to the Iran plan (Iran-Pakistan gas pipeline) and drawn support from the US and Saudi Arabia.

In late January, Iranian Oil Minister Bijan Zangeneh said Pakistan was not cooperating on the construction of the IP gas pipeline.

“Pakistan has been falling short and is not cooperating on the construction of the pipeline,” he said.

“It is likely that the US and Saudi Arabia have been doing some sort of sabotage,” the minister added.

Iran has repeatedly called on the energy-starved Pakistan to initiate work on its part of the gas pipeline, but those pleas have fallen on deaf ears except for pledges from some Pakistan officials that they were still committed to the project.

Tehran is already selling 1,000 megawatts of electricity to Pakistan and plans to increase this up to 3,000 megawatts, according to Iranian President Hassan Rouhani.

The energy crisis in Pakistan, which suffers about 12 hours of power cuts a day, has worsened in recent years amid 4,000 megawatts of electricity shortfall. The nation of 190 million people can only supply about two-thirds of its gas needs.