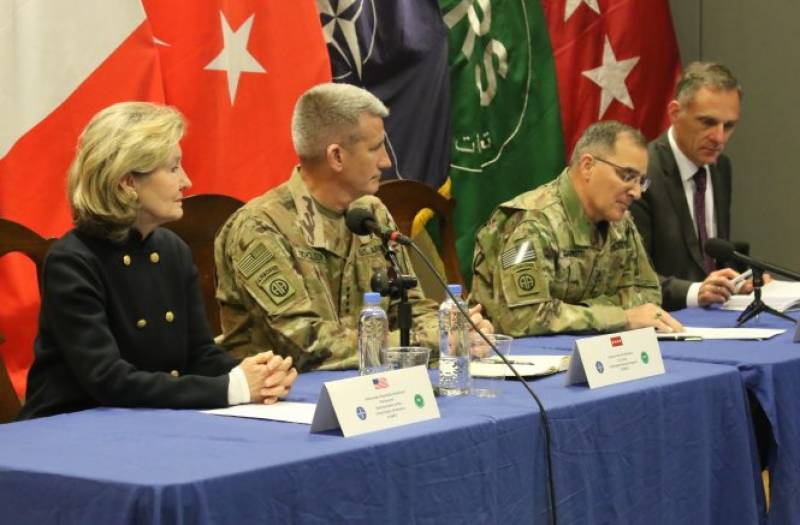 KABUL - The NATO Senior Civilian Representative to Afghanistan (NATO SCR) Ambassador Cornelius Zimmermann has announced to send more troops to Afghanistan in wake of NATO committment to the people of Afghanistan.

He said that each and every regional player will benefit from a stable Afghanistan, Khaama Press has reported.

Speaking to reporters during a press conference of the top NATO officials in Kabul, Ambassador Zimmermann said “We are in a win-win situation if we, all together, concentrate on protecting stability to this country.”

At their meeting in November 2017, Defence Ministers from NATO Allies and Resolute Support operational partners committed to increase the strength of the Resolute Support Mission from around 13,000 to around 16,000 troops; they also confirmed they will continue to fund the Afghan Security Forces until at least 2020.

In July, 2018, a NATO Summit will be held in Brussels where heads of state and government from NATO Allies are expected to reaffirm NATO’s continued commitment to Afghanistan.

The roadmap, unveiled by the Afghan National Unity Government in early 2017, outlines a plan for securing and maintaining control of 80% of the population, as well as committing to continuing reforms on good governance within the Afghan security apparatus.