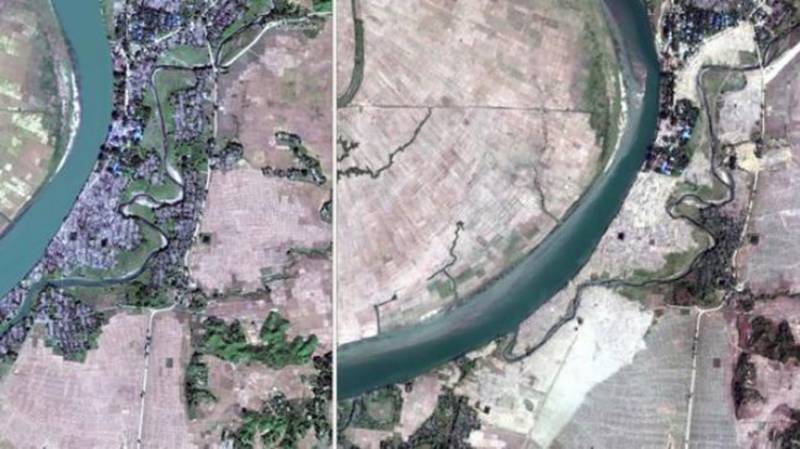 Asia Director of the rights watchdog Brad Adams in a statement today (Friday) alleged the Myanmar government of erasing evidence at sites where troops are accused of atrocities.

He said many of these villages were scenes of atrocities against Rohingya and should have been preserved for further investigation.APP/AFP