Is US heading towards Naval blockade of North Korea
24 Feb, 2018 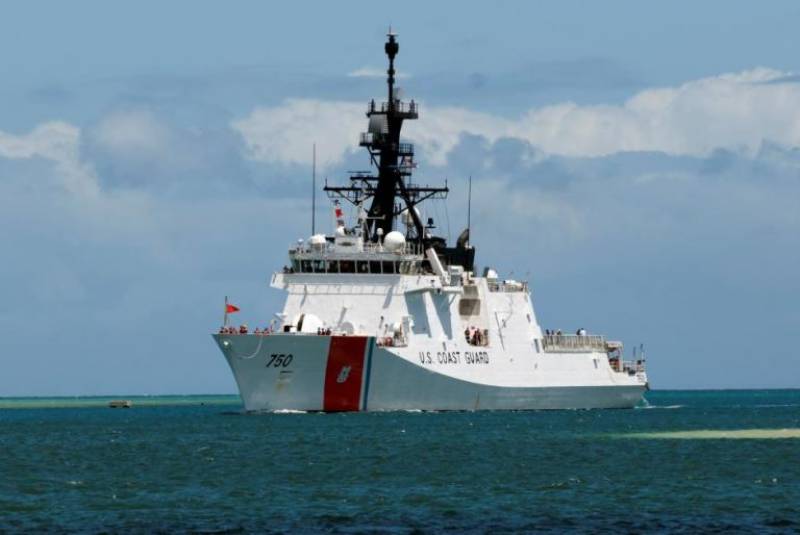 WASHINGTON - The Trump administration and key Asian allies are preparing to expand interceptions of ships suspected of violating sanctions on North Korea, a plan that could include deploying U.S. Coast Guard forces to stop and search vessels in Asia-Pacific waters, senior U.S. officials said.

Washington has been talking to regional partners, including Japan, South Korea, Australia and Singapore, about coordinating a stepped-up crackdown that would go further than ever before in an attempt to squeeze Pyongyang’s use of seagoing trade to feed its nuclear missile program, several officials told Reuters.

While suspect ships have been intercepted before, the emerging strategy would expand the scope of such operations but stop short of imposing a naval blockade on North Korea. Pyongyang has warned it would consider a blockade an act of war.

The strategy calls for closer tracking and possible seizure of ships suspected of carrying banned weapons components and other prohibited cargo to or from North Korea, according to the officials, who spoke on condition of anonymity. Depending on the scale of the campaign, the United States could consider beefing up the naval and air power of its Pacific Command, they said.

The U.S.-led initiative, which has not been previously reported, shows Washington’s increasing urgency to force North Korea into negotiations over the abandonment of its weapons programs, the officials said.

North Korea may be only a few months away from completing development of a nuclear-tipped missile capable of hitting the U.S. mainland, despite existing international sanctions that, at times, have been sidestepped by smuggling and ship-to-ship transfers at sea of banned goods, according to officials.

“There is no doubt we all have to do more, short of direct military action, to show (North Korean leader) Kim Jong Un we mean business,” said a senior administration official.

The effort could target vessels on the high seas or in the territorial waters of countries that choose to cooperate. It was unclear, however, to what extent the campaign might extend beyond Asia.

Washington on Friday slapped sanctions on dozens more companies and vessels linked to North Korean shipping trade and urged the United Nations to blacklist a list of entities, a move it said was aimed at shutting down North Korea’s illicit maritime smuggling activities to obtain oil and sell coal.

Tighter sanctions plus a more assertive approach at sea could dial up tensions at a time when fragile diplomacy between North and South Korea has gained momentum. It would also stretch U.S. military resources needed elsewhere, possibly incur massive new costs and fuel misgivings among some countries in the region.