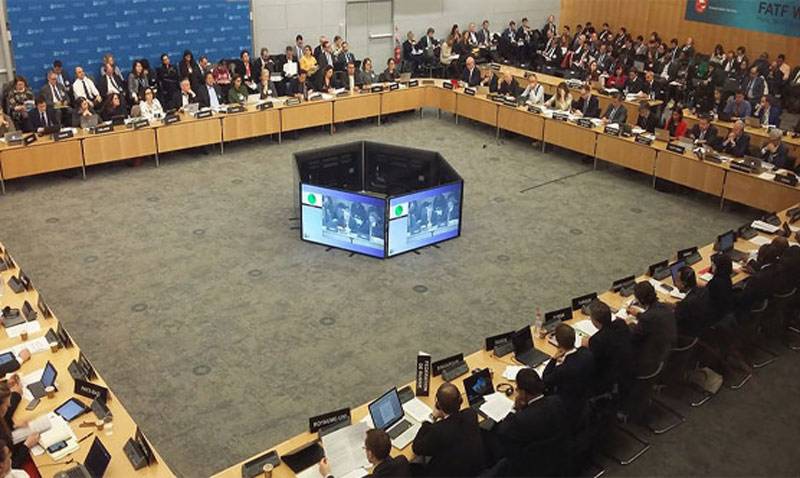 It adopted a report to the G20 Finance Ministers and Central Bank Governors and updated FATF Guidance on Counter Proliferation Financing.

It decided to monitor Iran’s actions to address deficiencies in its Anti-Money Laundering and Counter Terrorist Financing system.Pakistan’s name has not been mentioned in the FATF report issued at the end of three day Plenary meeting in Paris.

The meeting discussed the mutual evaluation report of Iceland, which set out the level of effectiveness of Iceland’s Anti Money Laundering and Counter Terrorist Financing system and its level of compliance with the FATF Recommendations.

The FATF congratulated Bosnia and Herzegovina for the significant progress made in addressing the strategic AML/CFT deficiencies earlier identified by the FATF and included in its action plan.

The FATF also discussed the progress that Brazil has made in line with the action plan it agreed in November 2017.APP/AFP