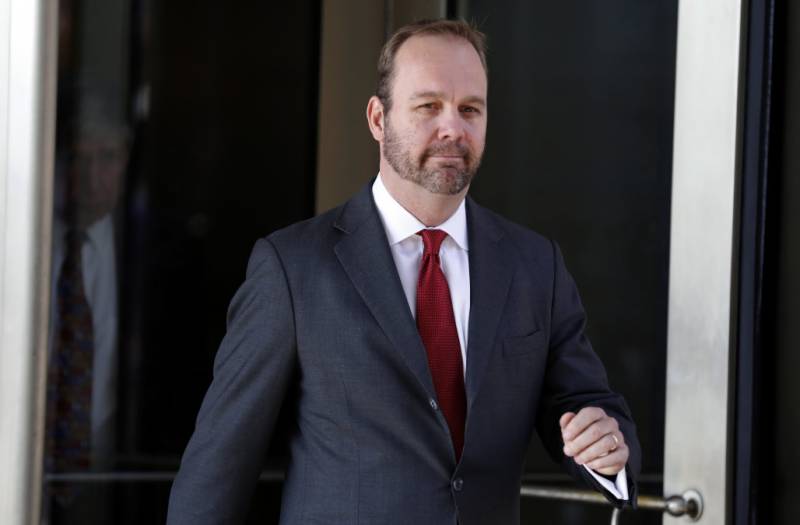 Gates was the third former Trump aide to agree to cooperate in exchange for reduced charges by Mueller, who is also examining whether the president illegally sought to obstruct the probe.

The plea deal in the Washington federal district court, on charges vastly reduced from the original ones filed against Gates, immediately put him at odds with his former business partner and ex-Trump campaign chairman Paul Manafort, who refuses to bow to pressure from Mueller to strike a deal.

Manafort has countersued Mueller, accusing the former FBI director of going far beyond his Justice Department mandate in the probe.

Charges tied to Ukraine work - Gates and Manafort were originally charged on October 30 with multiple counts of laundering $75 million and tax evasion related to their work from 2006 to 2014 for former Russia-backed Ukraine president Viktor Yanukovych.

They were also accused of illegally representing a foreign government, Ukraine, as lobbyists without first registering with the US government as foreign agents. But the charges Gates ultimately pleaded guilty to on Friday were one count of conspiracy to defraud the United States in relation to not reporting offshore banking accounts, and one count of lying over his work as a foreign agent for Ukraine.

Each count could bring a maximum five years in prison and a $250,000 fine. But sentencing depends on the extent of his cooperation with Mueller's broader investigation, which has focused on a number of others in Trump's orbit, including current White House aides and members of Trump's family.

That was similar to deals offered to two other ex-advisors to Trump, who have also pleaded guilty to reduced charges. Former Trump national security advisor Michael Flynn and former campaign foreign policy aide George Papadopoulos have each pleaded guilty to one count of lying.

Gates, along with Manafort, still faces a separate indictment filed Thursday by Mueller in a Virginia court, on charges of bank and tax fraud in relation to how they deployed their Ukraine earnings back into the United States.APP/AFP