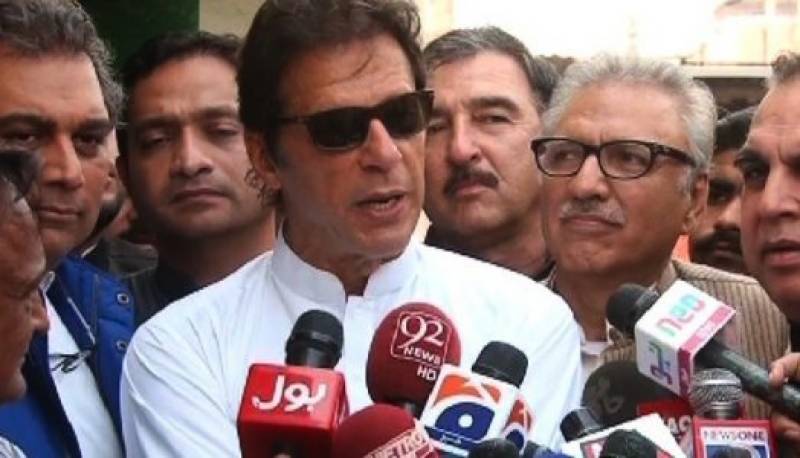 Chief Justice Anwar Khan Kasi announced the verdict, which was reserved last day by the bench.

The bench remarked that there was no need to establish a larger bench in this case.

During last hearing of the case, the counsel for the petitioner, Baber Awan argued that a larger bench should be formed regarding a constitutional matter.

On the other hand, Fasi ur Rehman Niazi DAG, suggested the bench not to constitute a larger bench.

He said that ECP wanted to decide the reference and it should be allowed to proceed in this regard.

He argued that delay tactics were being used by the petitioner to avoid the upcoming decision of ECP.

After hearing the arguments, the court had reserved its verdict last day, which was announced today.

It may be mentioned here that in the main petition Khan took the plea that the reference filed against him now became time barred as 90 days passed with regard to reference being pending before the ECP.