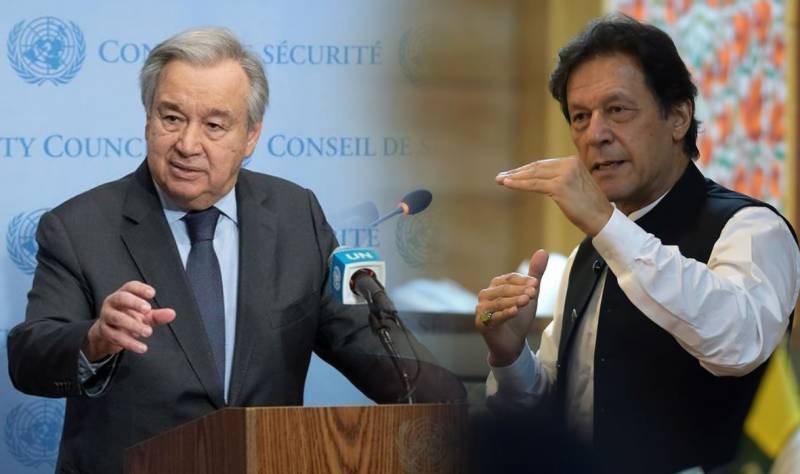 ISLAMABAD – United Nations Secretary-General Antonio Guterres has urged de-escalation of tensions in South Asian country as former premier Imran Khan was booked under the anti-terror law for attacking the judiciary, and law enforcers.

Guterres’ spokesperson Stephane Dujarric revealed that the secretary general of the United Nations was aware of the charges brought against the PTI chief, and that he emphasised the need for a competent, independent, and impartial legal process.

The spokesperson added that Mr. Guterres stressed lowering tensions, and respect for the rule of law, human rights, and fundamental freedoms.

The development comes as ousted prime minister Imran Khan has booked under terrorism charges after ‘firing warning shots at judiciary and cops’.

PTI chief, who was ousted in a no-confidence vote earlier his year, could be disqualified for life from politics if convicted of insulting the female judge, while he gets bail till Thursday. The charge under 7ATA carries 14 years in prison or the equivalent of a life sentence.

Khan recently revealed that he was about to get arrested in the wee hours, however, party leaders mobilised supporters and workers to flock near his residence in the capital where party bigwigs also gathered.

Since getting ousted from the premiership, the PTI chief has claimed that the ruling alliance took part in a foreign plot to oust him from power.