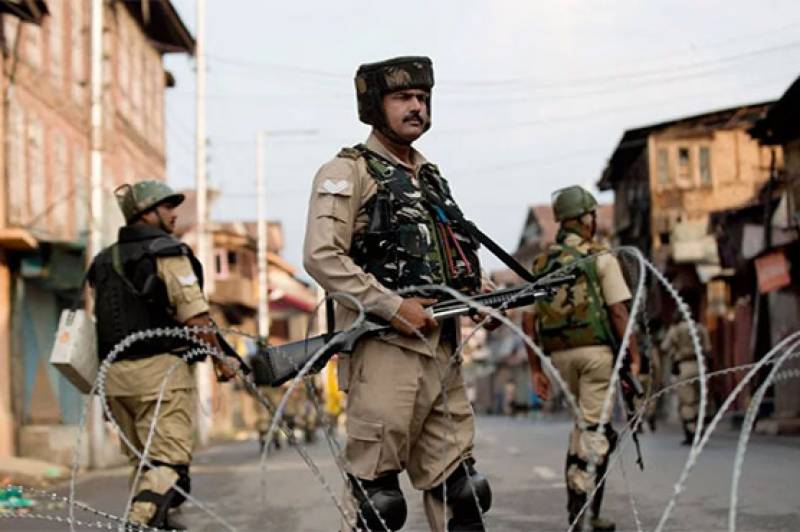 In occupied Kashmir, the people have started constituting committees at street level to protect their mothers, sisters and daughters from humiliation and molestation threat imposed by Hindutva forces in uniform and civies.

The move comes in the wake of some derogatory remarks of fanatic leaders of communal Bharatiya Janata Party and other communal Hindu forces that their members now could go to occupied Kashmir, settle in the territory and marry the Kashmiri women.

These remarks were made by them following Narendra Modi-led Indian government’s decision of repealing special status of occupied Kashmir by scraping Article 370 of the Indian Constitution on 5th of this month.

The committees in their posters and handbills said if the Kashmiris are united at Panchayat and Block level, even devil cannot enter their areas and homes.

They urged the people to make small masajid in their streets as their sitting and treatment places for interaction with each other and any kind of support their neighbours required.

They said, no member of Rashtriya Swayamsevak Sangh will be allowed to settle under the garb of Kashmiri Pandits.

The committees have maintained that Hurriyat leaders, religious and Jamaat-e-Islami activists must remain in the lead role to protect the people and their great nation.

Meanwhile, the occupation authorities had further tightened curfew and other restrictions to prevent people from conducting a march towards the UN office at Sonawar in Srinagar, today, against India’s anti-Kashmir moves and its illegal occupation of Jammu and Kashmir.

Call for the march was given by the resistance leaders through posters appearing in Srinagar and other parts of the Kashmir valley to convey to India and the world that Kashmiris would not accept Indian occupation over their territory and Hindu culture.

The march was also aimed at resisting the Indian attempt to change the demography of Kashmir through settlement of the outsiders in the territory.

Due to severe curfew and restrictions, Juma prayers could not be held in many mosques in Kashmir, Chanab and Peer Panchal valleys.

The court directed the authorities of New Delhi’s Tihar Jail to produce him on next date of hearing on 11th of the next month of false cases registered against him almost thirty years ago.

Chairman of Jammu and Kashmir People’s Movement, Mir Shahid Saleem, in a statement in Jammu said Indian government had turned the occupied territory into a big jail where more than eight million people have been deprived of all social, political and even religious freedoms.