Bomb blast in Occupied Kashmir ahead of visit of Indian PM Modi
24 Apr, 2022 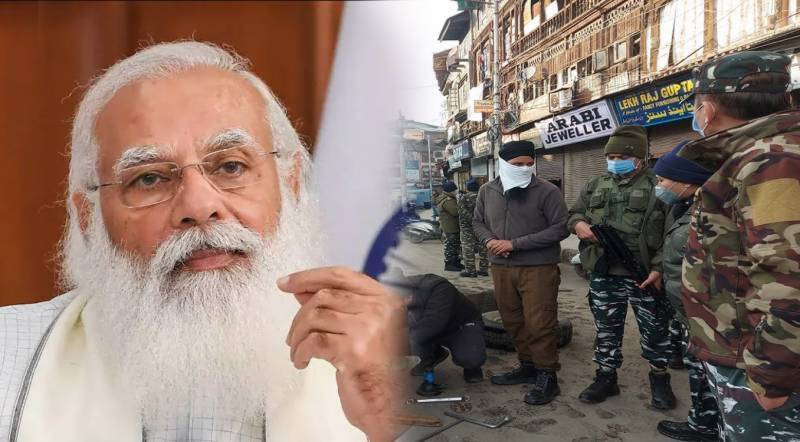 Reports suggest that a blast was reported in open agricultural land, nearly 12 km away from the venue for Modi's rally in the Muslim-majority state.

Officials are currently looking into the suspected blast while security arrangements have been beefed up at the venue in Palli village in Samba from where the Indian premier will address the Panchayats.

BJP leader’s visit to the occupied Kashmir is a major trip since the abrogation of Article 370 and the special status of Kashmir in August 2019. Meanwhile, Kashmiris are observing black day on Modi’s visit in wake of continued bloodshed and violence in the region.

A complete shutdown overshadowed the visit of the Indian PM as a call for the strike was given by the All Parties Hurriyat Conference to convey a strong message to the Indian ruling party that the Kashmiris reject India’s illegal occupation of their homeland and they will continue their struggle till they achieve their inalienable right to self-determination.

A surge in violence has been reported in the militarised region in recent times, including a spate of crackdowns by security forces, that has left hundreds of Kashmir dead in the region.

Nearly 600 innocent civilians mostly youth were killed so far by the Indian occupation forces since Modi led the administration’s illegal and unilateral actions of Aug 5, 2019.