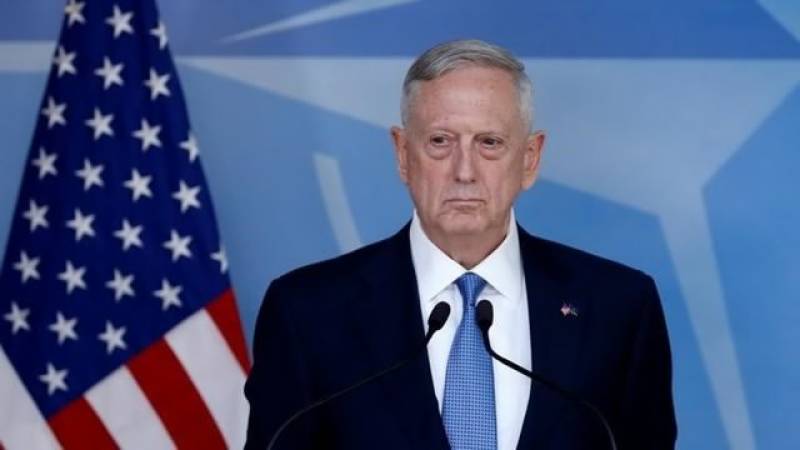 KABUL: US Defense Secretary Jim Mattis arrived in Afghanistan on an unannounced visit Monday, hours after his Afghan counterpart resigned over a deadly Taliban attack that triggered anger and left the embattled army in disarray.

Mattis branded the Taliban "barbaric", but would not be drawn on recent calls to send more troops to help battle the resurgent militants, who are gearing up for the spring fighting season.

He vowed solidarity at a press conference in Kabul, but said only that the US was engaged in "defining the way ahead in Afghanistan with several nations", adding that no one country would be responsible.

The resignations, along with the announcement of a corps commanders reshuffle, followed fury over Friday's Taliban assault on an army base outside the northern city of Mazar-i-Sharif.

Gunmen in soldiers' uniforms and armed with suicide vests entered the base in army trucks and opened fire at unarmed troops in one of the deadliest-ever Taliban attacks on an Afghan military target.

Afghan authorities have so far ignored calls to break down the official toll of more than 100 soldiers killed or wounded. Some local officials have put the number of dead alone as high as 130.

The raid, the latest in a series of brazen Taliban assaults, underscores the insurgents' growing strength more than 15 years since they were ousted from power by the US invasion of 2001.

Up to ten army personnel are being questioned as suspects, a military spokesman attached to the base said, amid fears it could have been an insider attack. At least four of them had valid passes to the base and had previously trained there, a security source told AFP.

Afghans have slammed the government over the attack, though Habibi told a press conference Monday his resignation was voluntary.

"Nobody in the world has been able to prevent such attacks," he said of the base assault. "It is an intelligence war and a war on terrorism. It is very difficult."

Habibi repeated that more information about the death toll would be given when an investigation is complete, though he admitted casualties were "high".