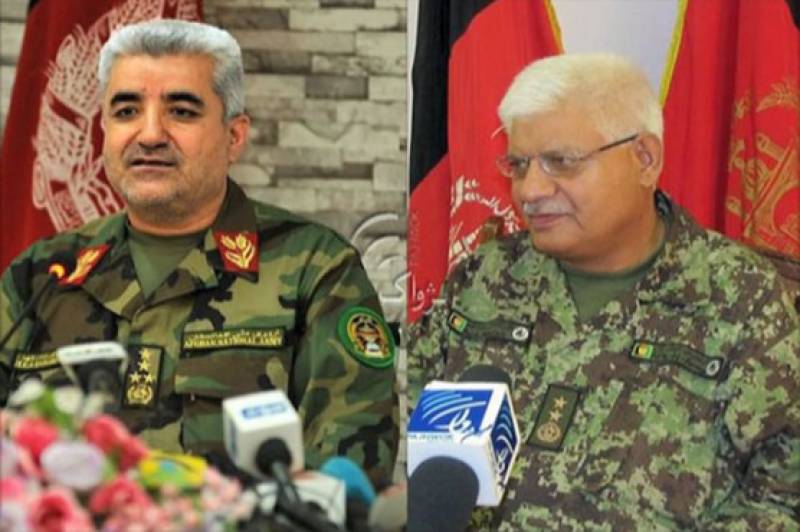 KABUL (APP/AFP) - The Afghan defence minister and his army chief resigned Monday, days after a Taliban attack at a military base in northern Afghanistan killed or wounded more than 100 soldiers, a presidential statement said.

"President Ashraf Ghani has accepted the resignation of the defence minister and army chief of staff," the statement from Ghani's office said.

Furious Afghans had called for resignations of minister Abdullah Habibi and army chief Qadam Shah Shaheem after the assault outside the northern city of Mazar-i-Sharif on Friday.

The attack is believed to be the deadliest-ever by the Taliban on a military base.

Ten gunmen dressed in soldiers' uniforms and armed with suicide vests entered the base in army trucks and opened fire at unarmed troops at close range in the mosque and dining hall.

The exact toll from the assault remains unclear. Afghan officials have so far ignored calls to break down the toll it has given of more than 100 soldiers killed or wounded. Some local officials have put the number of dead alone as high as 130.

Many Afghans slammed the government for its inability to counter the attack, the latest in a series of brazen Taliban assaults, including one on the country's largest military hospital in Kabul in March that left dozens dead.

Twelve army officers, including two generals, were sacked for negligence over that attack.