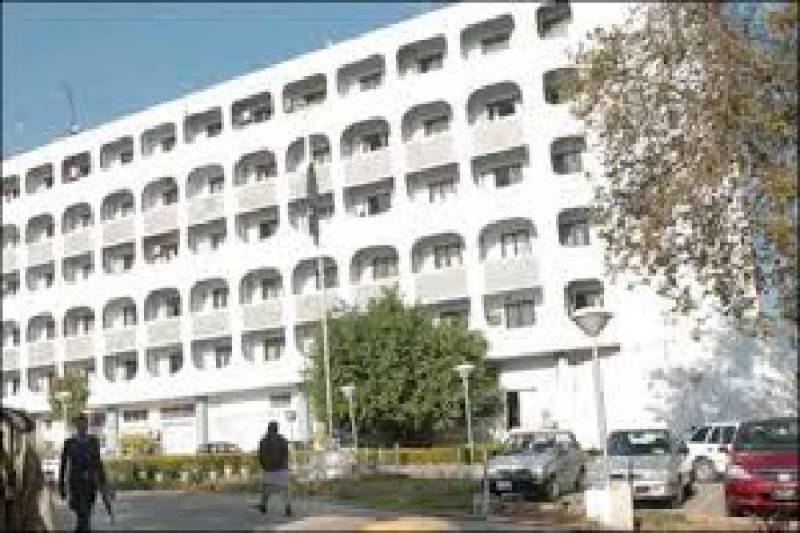 ISLAMABAD: (APP) Pakistan Thursday dismissed allegations by India of involvement in the attack on a military base at Uri and termed it an attempt to divert attention of the world community from its atrocities in the Occupied Kashmir.

Foreign Office Spokesman Nafees Zakaria said it has become a habit of India to point accusing fingers towards Pakistan after every such incident.

He said that Pakistan has nothing to gain from such incidents, he told reporters at the weekly press briefing.

He said Prime Minister Nawaz Sharif in his address to the 71st session of the United Nations General Assembly (UNGA) urged the world body to implement its resolutions on Kashmir.

He said the prime minister in his address informed the UNGA that a dossier on Indian atrocities in IOK would be shared with UN Secretary General and demanded an independent inquiry into extra judicial killing and UN's Fact Finding Mission to investigate human rights violations by India in Indian Occupied Kashmir (IOK).

The spokesman also referred to the strong support extended by the 57-member Organisation of Islamic Cooperation to the right of self-determination of Kashmiri people and said many other countries also supported their cause.

Pointing to the ongoing gruesome brutalities by the Indian occupation forces, he urged upon the UN Secretary-General, the UN Human Rights Commissioner and international community for measures to stop the bloodshed in the IOK.

READ MORE:  Pakistan Foreign Office replies to the letter of the Indian FM

In response to a question, he acknowledged that there was concrete evidence of Indian sponsored terrorism and terrorist financing in Pakistan especially in Balochistan and Karachi. He said it has been substantiated by confession of the Indian spy Kulbhavashan Yadev.

To a question about the reported military movement along the Line of Control and closure of airspace in northern areas, the spokesman said these were routine exercises which were undertaken regularly.

"Pakistan is a peace loving country, and we pursue our Prime Minister's vision of peaceful neighborhood...Let me be clear that our armed forces and the entire nation of Pakistan remain ready to defend our country's sovereignty and territorial integrity at all costs," Zakaria remarked.

The spokesman regretted that the Indian media was misleading the world by creating war hype. He said Pakistan was vigilant of Indian intentions of perpetrating terrorist activities in Pakistan and added that Pakistan has shared the proof in this regard at all international fora including the UN.

He said the recent statement of Indian Prime Minister was yet another proof of India's involvement in terrorism and terror financing in Pakistan aimed at destabilizing the country.

Regarding reports that Brahmdagh Bugti was seeking political asylum in India, he said it only substantiates India's involvement in terrorism in Balochistan.

"The character of Indian media and the ethics followed by them is also visible in the hype it created after Uri's reported incident," the spokesperson remarked.

In reply to a question, the spokesperson said rising incidents of intolerance particularly against Muslims in India has attracted the world with serious concerns expressed by number of countries. We have seen numerous reports on incidents of killing of innocent people for slaughtering cows and eating beef, he added.

"World has been watching that BJP led government has used anti-Muslim rhetoric to isolate Muslims not only politically but also socio-economically," he said.

Asked whether India would turn up at the upcoming SAARC Summit here, Nafees Zakaria said, "We have not received any official intimation in this regard. Pakistan is preparing for the Summit."

About the status of visitors between Pakistan and India, he said Pakistan had neither issued any traveler advisory nor he had seen any travel advisory from Indian side.

To a question about a bill moved in US Congress against Pakistan, the spokesperson reiterated Pakistan's commitment to deal with the menace of terrorism and that they did not discriminate between terrorists.

The success of Operation Zarb e Azab has been mentioned time and again and the acknowledgment which we have received from all across the world including the US.

Secretary of State John Kerry, who called on Prime Minister in New York, has appreciated our efforts.

To a question Nafees Zakaria said Ahmad Khan Rahami, the man involved in Manhattan terror attack has no connection with Pakistan.

He, nor his wife, were Pakistani nationals. They were Afghan-American nationals and had been residing in the USA for years, he added.

The spokesperson said Pakistan was proud of Haider Ali who won Bronze Medal at Paralympic Games in Rio this year, and shared the new world record of 6.44 meter jump. He had won silver medal in 2008 Summer Paralympics in Beijing which was the first ever Paralympics medal and created history.